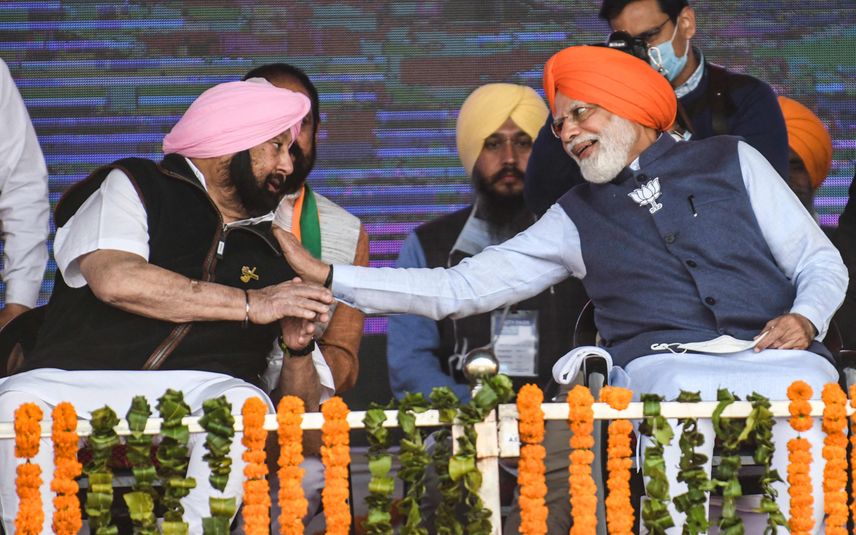 Amarinder Singh underwent successful spinal surgery in a London hospital on Saturday, according to Prenee Kaur who is with him at present.

She informed that the surgery was successful and Amarinder Singh was shifted to a private room in the hospital. He will be discharged on Monday, she said.

The former chief minister heads the Punjab Lok Congress outfit, which is an ally of the BJP.

Amarinder Singh had served as Punjab Chief Minister for over nine years including 2002 - 2007 and then 2017 -2021. In September last year he had unceremoniously resigned from the Congress, later floated his PLC and then made an alliance with the BJP that already had made SAD (Sanyukt) as its ally. (ANI)

No PM photo on vaccine certificates in poll-bound states

Youth should consider careers in sports just like other professions, says PM Modi