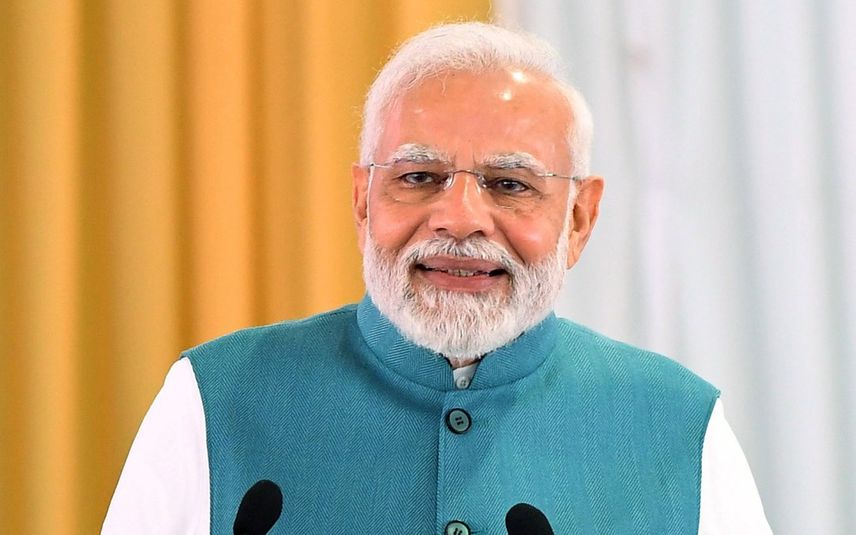 In a reply to a tweet by Union Minister, Piyush Goyal, the Prime Minister tweeted, "Excellent news! @GeM_India is a game changer when it comes to showcasing India's entrepreneurial zeal and furthering transparency. I laud all those who are displaying their products on this platform and urge others to do the same."

GeM (or e-Marketplace) has over 63,000 government buyer organisations as well as over 54 lakh sellers and service providers, offering a wide range of products and services.

Commerce and Industries Minister Piyush Goyal also reviewed the progress of GeM and congratulated the team on its achievements.

Talking to ANI, GeM Chief Executive Officer PK Singh said, "We will exceed the target of Rs 1.5 lakh crore this financial year. GeM is also expected to surpass Amazon-Flipkart by the end of this financial year. 2021-22 annual GMV of GeM is around USD 14.2 bn. In 2021-22 Pvt e market player Flipkart has a GMV of USD 23 bn and Amazon has GMV of USD 17 bn."

Singh said, "If we see number of transaction on global public e-procurement portals, GeM is number one but by value GeM is number three after KONEPS of South Korea and GeBIZ of Singapore."

Singh said Rs 8,800-11,500-crore savings is estimated in FY21-22. We have more than 8 lakh MSME sellers and service providers on GeM and 1.2 lakh women sellers entrepreneurs on GeM.

Singh said GeM has average order value per day of Rs 410 crore. "Average number of order on GeM is more than 10,000. Gujarat, Uttar Pradesh, Maharashtra and Madhya Pradesh are the top 4 largest procurers on GeM," the CEO said.

"GeM has over 63,000 government buyer organisations as well as over 54 lakh sellers and service providers offering a wide range of products and services," he said.

Commerce and Industries Minister Piyush Goyal reviewed the progress of GeM and congratulated the team on its achievements.

GeM has recently launched a focused campaign to boost procurement via states. Dedicated nodal officers with a comprehensive data-backed roadmap have been identified for select states. The lessons learnt in these states will be replicated across the country.

GeM has already seen a 55 per cent year-on-year increase in the GMV in the states, and their GeM Utilization Ratio (GUR) has also shown considerable improvement, according to the CEO.

The Minister also reviewed the implementation and progress of some of the key initiatives being driven by GeM for inclusive growth.

GeM has also launched the One District One Product (ODOP) initiative to provide impetus to the specially-curated products from various districts in the country. More than 200 ODOP categories have been created on GeM, which is being populated with sellers and catalogues with assistance from Invest India and the department for the promotion of industry and internal trade (DPIIT).

In line with the Union Cabinet's decision to enable procurement of goods and services for cooperative societies, GeM has taken significant strides in ensuring that the cooperatives are onboarded onto the platform in a phased manner.

Necessary handholding is being provided by GeM for registration and activation of their GeM pool accounts. The cooperative societies will get direct access to more than 54 lakh sellers and service providers across the country through the GeM platform. Procurement using standard procedures on GeM would result in time-saving and a reduction in administrative costs.

GeM was launched on August 9, 2016, by the Ministry of Commerce and Industry with the objective of creating an open and transparent procurement platform for government buyers. The portal has transformed public procurement in India by driving its three pillars, namely, inclusivity, transparency, and efficiency.

Start-ups in Kerala poised to scale up procurement on GeM: Official