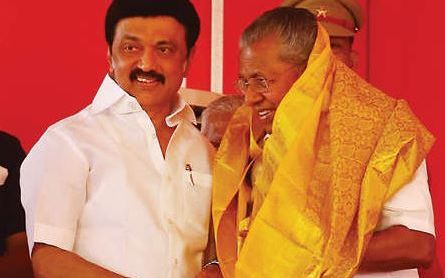 Chief ministers of Kerala and Tamil Nadu greeting each other

"Birthday greetings to Kerala CM Shri @pinarayivijayan Ji. Praying for his long and healthy life," tweeted Modi, who is on a two-day visit to Japan.

“Wishing you more power to keep Kerala fortified against the divisive forces and show the might of the States in the unity of the Nation,” said Tamil Nadu CM Stalin while addressing him as “my dear comrade.”

Vijayan, a member of the CPM politburo who has been serving as Kerala CM since May 25, 2016, turned 77 on Tuesday.