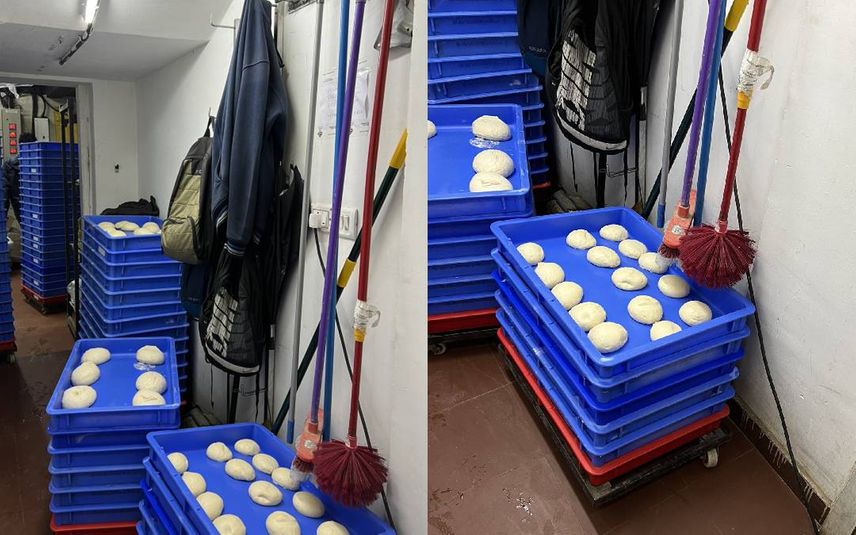 Bengaluru: Multinational pizza restaurant chain Domino's came in for sharp criticism after a Twitter user posted a picture purportedly showing a mop and a toilet brush hanging above the pizza dough almost touching it.

The Twitter user by name Sahil Karnany, who said he was an IT graduate, posted the photograph and video and wrote, "This is how @dominos_india serves us fresh Pizza! Very disgusted. Location: Bangalore."

He claimed that the outlet in question was on Hosa Road in the city.

As the photo went viral and a Tamil Twitter user too posted it, Domino's issued a fresh statement saying, "Domino's adheres to world-class protocols for ensuring the highest standards of hygiene and food safety."

"An incident involving one of our stores was recently brought to our notice. We want to assert that this is an isolated incident, and we have taken the strictest action against the restaurant in question. Please be informed that we have zero tolerance for violations of our high safety standards," the pizza restaurant chain added.

Trains to Kerala running full prior to Christmas-New Year vacation