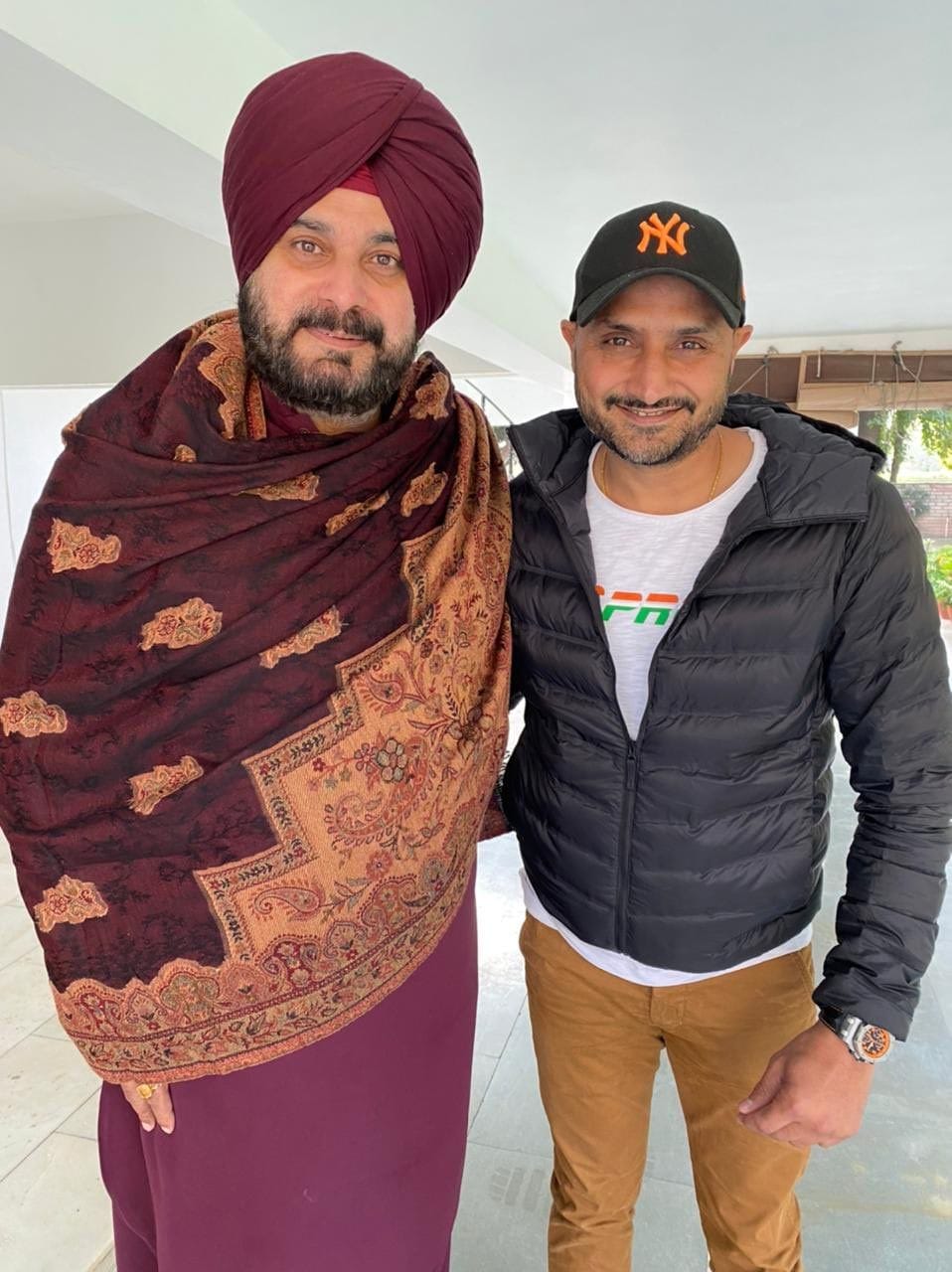 Chandigarh (Punjab): Punjab Congress leader and former cricketer Navjot Singh Sidhu set off speculations on Wednesday after he tweeted a photo of himself with fellow cricketer Harbhajan Singh months ahead of the Assembly polls in the state.


"Picture loaded with possibilities ....With Bhajji the shining star" Sidhu captioned the photo of himself draped in a shawl with Harbhajan Singh dressed in a jacket.

The former spinner who was part of the World Cup team in 2011 also retweeted the post by Punjab Pradesh Congress Committee.

This has triggered speculations that 'Bhajji' might join the Congress in the 2022 Assembly elections, which will see the Congress pitted against former chief minister Amarinder Singh who has floated a new party Punjab Lok Congress which is likely to ally with the BJP for the polls.

There were similar speculations during the 2019 Lok Sabha polls when there was talk about Harbhajan joining the BJP which was reportedly planning to field him from the Amritsar constituency.

Sidhu was this week made Chairman of the Congress' election panel for Punjab and if he manages to rope in Harbhajan Singh, it is expected to provide a boost to the ruling party in the state. (ANI)