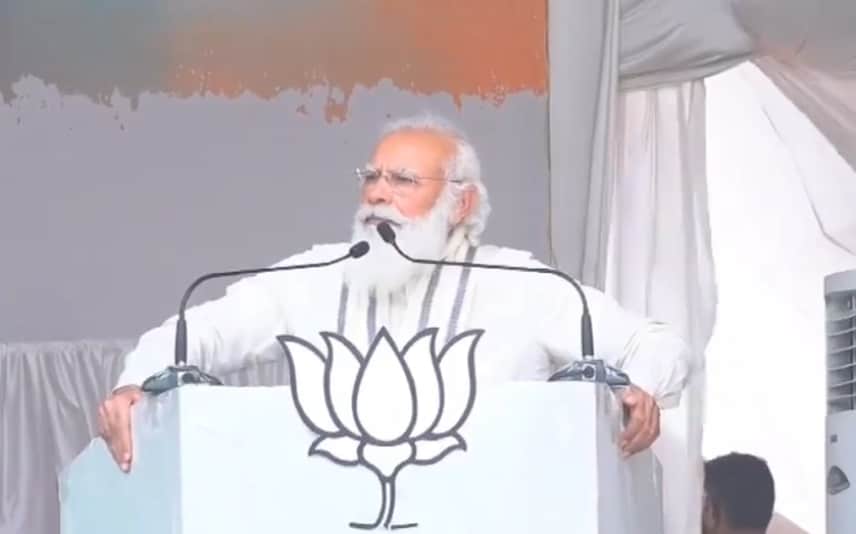 Konni: Prime Minister Narendra Modi on Friday attacked the ruling LDF and opposition UDF in Kerala, saying the people were fed up with the two fronts and wanted the development agenda of the BJP.

"Enough is enough. The people are telling UDF and LDF. The people of Kerala are seeing the development agenda of the BJP, NDA. They relate with our programmes and policies," Modi said at an election rally at Konni in Pathanamthitta district, where the famous Lord Ayyappa temple is located.

The professional community was all praise for the BJP saying it stands for bringing progressive and educated people in politics and cited the example of 'Metroman' E Sreedharan.

"How the professional community is praising the BJP. They are saying that BJP stands for bringing progressive and educated people in politics," he said.

"The active presence of a respected professional like Metroman E Sreedharan has been a game changer in Kerala politics. A man who achieved so much over the years, who made India's progress faster yet preferred BJP as a means to serve society," the Prime Minister added.

Kerala has decided that this time it is BJP and NDA, Modi said beginning his speech by chanting 'Swamiye Saranam Ayyappa" three times.