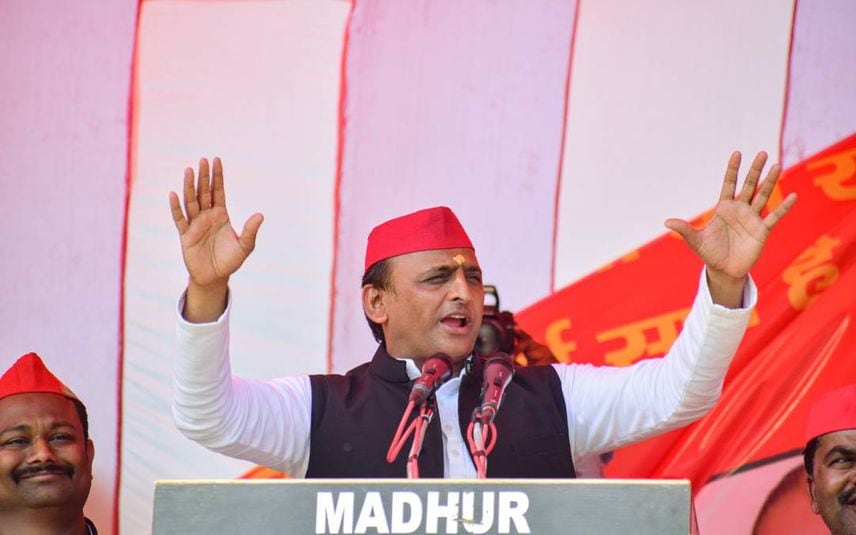 Gorakhpur/Deoria: Samajwadi Party (SP) president Akhilesh Yadav on Sunday claimed that the people of Uttar Pradesh have decided to send 'Babaji' back to his 'math', apparently referring to Chief Minister Yogi Adityanath.

Adityanath, who was a five-time MP from Gorakhpur, is the mahant of the Gorakhnath Math.

Addressing a rally in the Chillupar constituency of Gorakhpur in favour of SP candidate Vinay Shankar Tiwari, Yadav said, "Today voting in being held for the fifth phase and everyone has decided to send 'Babaji' back to his 'math'."

Yadav claimed that there were no crowds at BJP's meetings and chairs are being spread out to give the impression of a large gathering.

Pointing at the crowd, he said, "Seeing you all, I can say that SP is going to form the next government in the state."

Yadav referred to the strength of farmers and said they forced the BJP government to withdraw the "black" farm laws.

Mentioning sit-ups being done by a BJP candidate in Sonbhadra, the SP leader said, "Farmers will not forgive them (BJP) this time for their deeds."