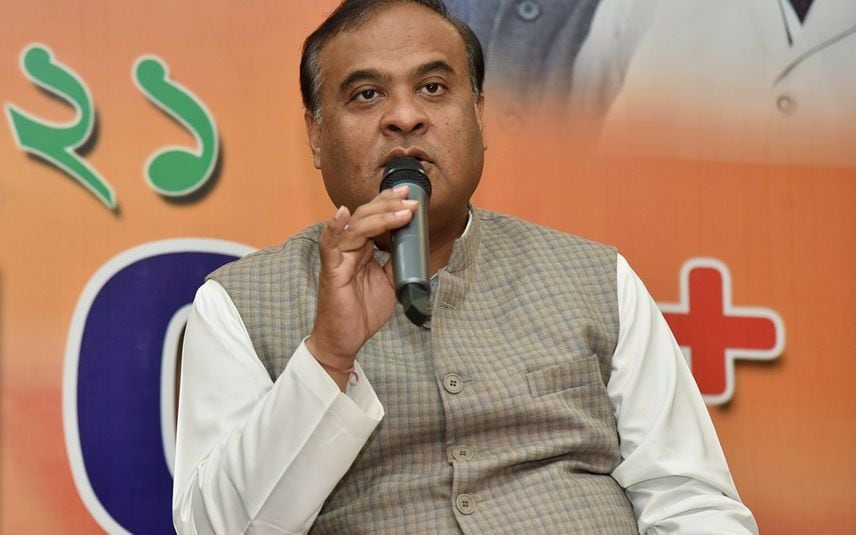 The BJP leader also claimed that the entire controversy was an "international conspiracy by the Left-wing organisations, including Amnesty International," to defame the Narendra Modi-led Central government.

Controversy has erupted in the wake of an international media consortium reporting on Sunday that over 300 verified mobile phone numbers, including those of two ministers, over 40 journalists, three opposition leaders and one sitting judge besides scores of businesspersons and activists in India could have been targeted for hacking through the Pegasus spyware.

These numbers were from a list of more than 50,000 cellphone numbers obtained by the Paris-based journalism nonprofit Forbidden Stories and the human rights group Amnesty International.

With the opposition latching up the issue to attack Modi government, several BJP leaders on Tuesday rushed to defend the centre and launch a counter-attack on the rival Congress and others.

"Various Left-wing organisations throughout the world, including Amnesty International, are part of the conspiracy theory", Sarma said while addressing a press conference here.

"It is clear that they want to defame Indias democracy. I demand that activities of Amnesty International be immediately banned within India", he said.

There were evidences earlier, but with this recent expose, it is now clear that Amnesty can go to any extend to defame Indias democratic fabric, Sarma added.

He criticised newspapers like the Washington Post which does not write about how many people are dying of COVID in which state or how America is controlling it but is more interested in what Prime Minister Narendra Modi is doing.

"I outrightly condemn Amnesty International and caution them not to try this. They will be exposed if they try to disrupt the unity and integrity of our country, he said.

The chief minister further alleged that a "large international conspiracy" in going on to defame India and damage its democratic set-up and the Pegasus controversy is a part of that larger plot.

"There was a hue and cry over the oxygen issue and when India managed to control the second COVID wave effectively, they moved on to this Pegasus controversy. In between there was the toolkit controversy," he alleged.

He pointed out the Parliament should have been discussing how the country can be saved from the third wave or how the economy can be saved, but on the eve of the sitting, the Pegasus controversy came to the forefront.

Questioning the timing of making public the Pegasus controversy just a day before Parliament session began, the chief minister said, "whenever India approaches some milestone, international conspiracy both from outside the country and within starts immediately".

He demanded that the people involved in this conspiracy should be examined and brought before law.

On those accusing the government of snooping on the basis of the Pegasus controversy, Sarma said the people whose name appear on the purported list can get their devices checked through forensic and establish whether their devices were hacked or not.

"Congress Rahul Gandhi could have filed a police complaint and could have got his device checked through forensic experts. But, nothing like it was done," he said.

Sarma alleged that the track record of the Congress was bad when it comes to phone tapping and snooping and a reply under the RTI Act in 2013 had revealed that 5000 phone numbers and 500 emails were under surveillance during the Congress-led UPA government.

The Congress government in Rajasthan had also faced criticism over phone tapping charges and intruding privacy, he further claimed.

The Central government on Monday categorically rejected in Lok Sabha the allegations of snooping using Pegasus software, asserting that illegal surveillance was not possible with checks and balances in the countrys laws, and alleged that attempts were being made to malign Indian democracy. PTI