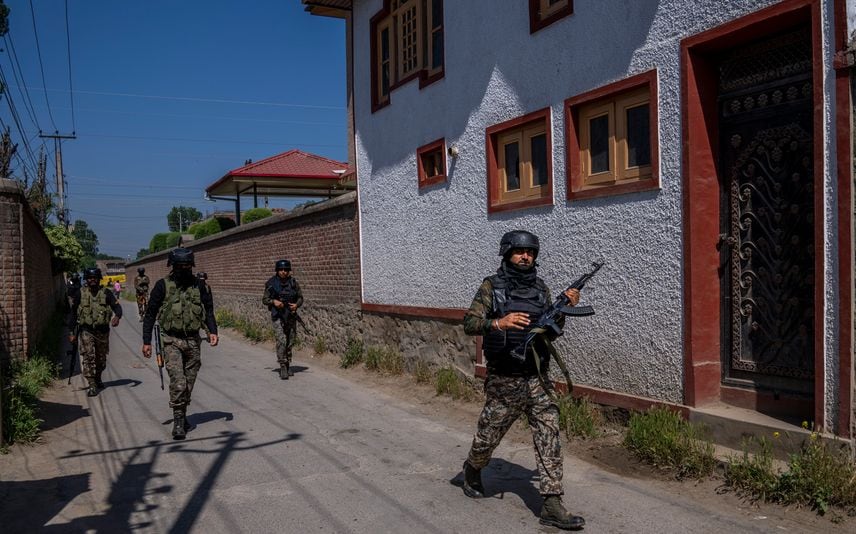 Srinagar: A Lashkar-e-Taiba (LeT) terrorist from Pakistan was among two ultras killed in an encounter with security forces in Kulgam district of Jammu and Kashmir on Sunday, police said.

Acting on a specific information regarding the presence of terrorists in the Cheyan Devsar area of Kulgam in south Kashmir, security forces launched a cordon-and-search operation there, a police spokesman said.

As the security forces personnel approached the suspected spot, the hiding terrorists fired indiscriminately upon them. The security personnel effectively retaliated leading to a gunfight, he said.

"In the ensuing encounter, two terrorists of the proscribed terror outfit LeT, including Pakistani terrorist commander Haider, was killed and their bodies were retrieved from the site. The other killed terrorist has been identified as Shahbaz Shah of Kulgam," the spokesman said.

Incriminating materials and arms and ammunition, including an AK-56 rifle with four magazines, a pistol with a magazine and one UBGL, were recovered from the site of the encounter, the spokesman said.

According to police records, Haider was a categorised terrorist who was active for more than two years in north Kashmir and had recently shifted his base to south Kashmir, he said.

"He was also involved in an attack on a naka party near Nishat Park Bandipora in February this year in which SPO Zubair Ahmad attained martyrdom while four other security personnel were injured,” he said.

Shah was a "hybrid terrorist" and was involved in the killing of Satish Kumar Singh, a civilian belonging to minority community, on April 13 in Kakran of Kulgam.

“After this attack, the said terrorist was categorised,” the spokesman said. PTI

Encounter breaks out between militants, security forces in J-K's Pulwama