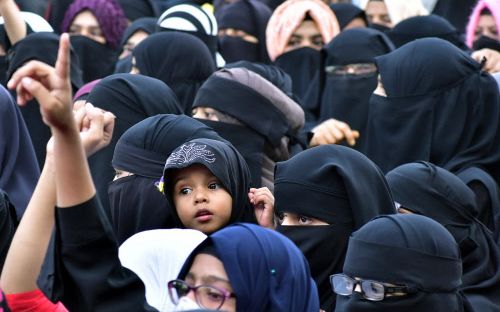 Bengaluru: Karnataka Minister of Primary and Secondary Education BC Nagesh on Monday said that the state government has given an option to the teachers who are insisting on wearing hijab to take up exam duty.

Speaking to ANI, the Minister said, "We have made uniforms compulsory. It is the moral duty of any teacher to see that they also come how children come to the school. In many schools, children questioned us that we are prohibiting the students from putting hijab but the teachers are putting hijab. So we requested them not to do that because they will be in front of the students in the classroom."

Nagesh informed that most of the teachers accepted the government's request to not put on hijab inside the classroom.

"Most of them accepted and are doing the duties without hijab. There were a few teachers who wanted hijab. We have not forced them. We gave them the option they may come to the exam duty or they may not," he said.

Following the Karnataka High Court's decision in February to ban the hijab in educational institutes, considering it a non-essential practice in Islam, several girls boycotted their classes and skipped the exams. ANI