Home Minister Araga Jnanendra, who has arrived to brief Chief Minister Basavaraj Bommai on the development, stated that the operation to nab the perpetrators was successful and he would reveal the details by noon. 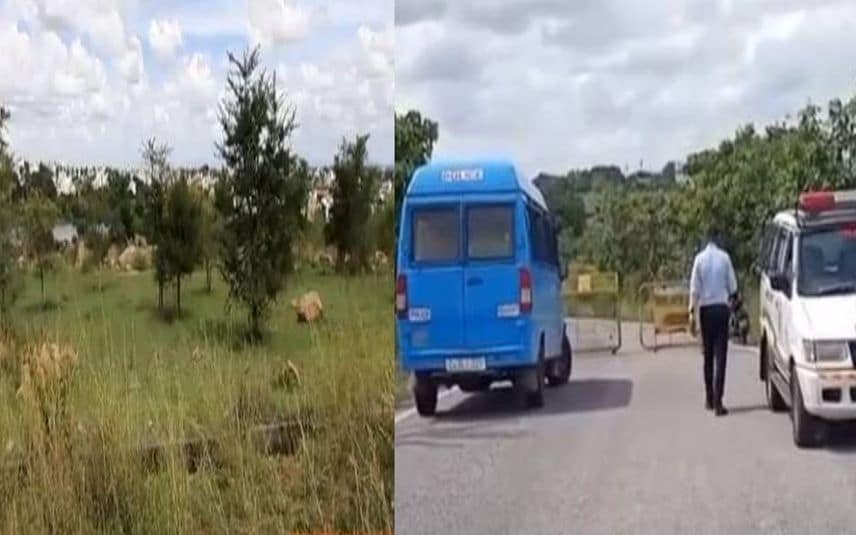 Home Minister Araga Jnanendra, who has arrived to brief Chief Minister Basavaraj Bommai on the development, stated that the operation to nab the perpetrators was successful and he would reveal the details by noon.

According to police sources, while four of the accused were arrested in Sathyamangala, Tamil Nadu, the fifth was nabbed in Chamarajanagar, Karnataka.

Among the four accused from Tamil Nadu, three had criminal backgrounds. Earlier it was suspected that all the accused were engineering students from Kerala and Tamil Nadu. It was found however, that they were not involved in the crime.

Another special team working on the 'bus ticket' clue managed to nab the five culprits. As many as five special teams investigated the case from different angles.

According to the police, all the arrested accused persons turned out to be coolies. They often came to the Mysuru vegetable market to sell bananas.

After selling bananas, the accused used to consume alcohol in an isolated area of Lalithadripura, where the incident took place on Tuesday.

They noticed the victim frequenting the area regularly with her male friend. They followed the couple for three days and on fourth day they attacked them.

The accused initially wanted to rob the couple, but later gang raped the victim.

The police who scanned the crime spot found a bus ticket purchased in Talawadi, Tamil Nadu and launched a probe despite the victim refusing to record her statement.

The investigators who secured beer bottles and cans from the scene of crime have traced the MRP liquor shop from where it was purchased and obtained CCTV footage.

The special teams obtained information from Tamil Nadu police on local criminals and matched the details, including the video footage obtained in Mysuru.

The investigations also revealed that the accused were habitual offenders.

The gang had committed another rape in Kuvempunagar area of Mysuru city five months ago, the police sources said.