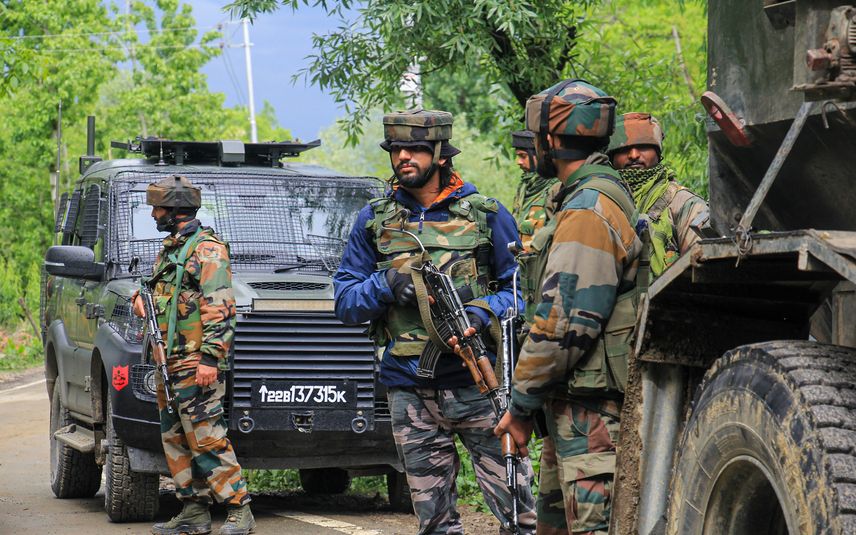 Jammu:Two terrorists and a security personnel were killed after terrorists targeted a CISF bus leading to a gunfight near an Army camp on the outskirts of Jammu early Friday, officials said.

Nine security personnel were also injured in the gunfight, they said.

Authorities suspended classes in all private and government schools in the vicinity and adjoining areas as a precautionary measure besides suspending the mobile internet services, the officials said.

Central Industrial Security Force (CISF) officials said a bus carrying 15 personnel for their morning shift came under attack at 4.25 am near the Chaddha camp in Sunjwan area.

A senior official of the paramilitary force said the terrorists fired at the bus and lobbed grenades, killing Assistant Sub-Inspector (ASI) S P Patil and injuring two other occupants of the bus.

In the ensuing operation, two terrorists were killed, a police officer said. PTI

Gunfight breaks out in Jammu and Kashmir