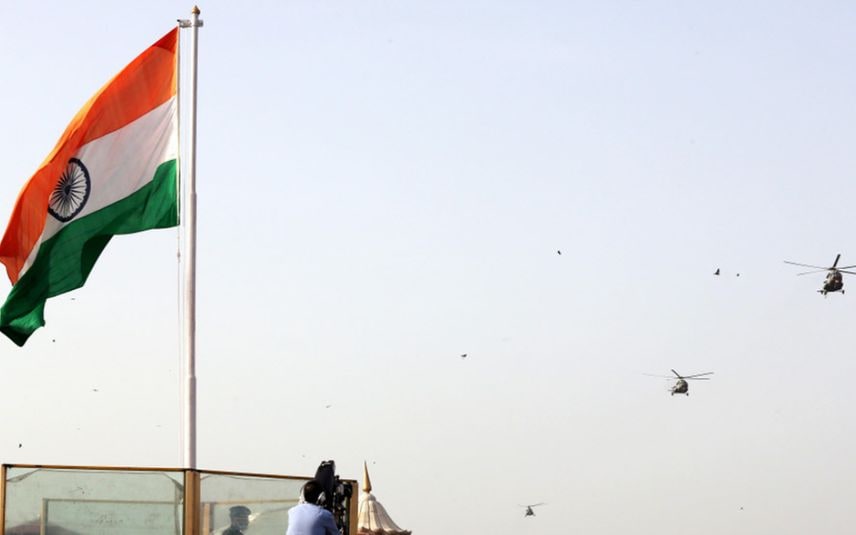 Bhubaneswar: Odisha Government has decided to distribute the 30 lakh national flag to the people of Odisha free of cost to celebrate the country's 75th anniversary of Independence.

"As the whole country is going to celebrate "Azadi ka Amrit Mahotsav" to mark the 75th anniversary of Independence, the Odisha Government has decided to provide the national flag to the people of Odisha free of cost," the official statement reads.

It further said that the women of Mission Shakti have prepared 30 lakh national flags which will be distributed to the people.

"There is great enthusiasm among the people of the country, to mark the occasion, extensive preparations are being made for this at the government and private levels. The women of Mission Shakti have prepared 30 lakh national flags which will be distributed to the people of State and for this, the State Government has provided them with a financial grant."

Azadi Ka Amrit Mahotsav is an initiative of the Government of India to celebrate and commemorate 75 years of independence and the glorious history of its people, culture and achievements.

This Mahotsav is dedicated to the people of India who have not only been instrumental in bringing India thus far in its evolutionary journey but also hold within them the power and potential to enable Prime Minister Narendra Modi's vision of activating India 2.0, fuelled by the spirit of Aatmanirbhar Bharat.

The official journey of Azadi Ka Amrit Mahotsav commenced on March 12, 2021, which started a 75-week countdown to our 75th anniversary of independence and will end post a year on August 15, 2023.

As part of the 'Azadi ka Amrit Mahotsav,' the government is also running a 'Har Ghar Tiranga' campaign, which will be held from August 13 to 15 to commemorate India's 75th anniversary of independence.

'Har Ghar Tiranga' is a campaign under the aegis of Azadi Ka Amrit Mahotsav to encourage people to bring the Tiranga home and to hoist it to mark the 75th year of India's independence.

The idea behind the initiative is to invoke the feeling of patriotism in the hearts of the people and promote awareness about the tri-colour. (ANI)

Distributing freebies serious issue, amount has to be spent for infrastructure ...