No relief for Arnab yet, Bombay HC to hear matter on Saturday 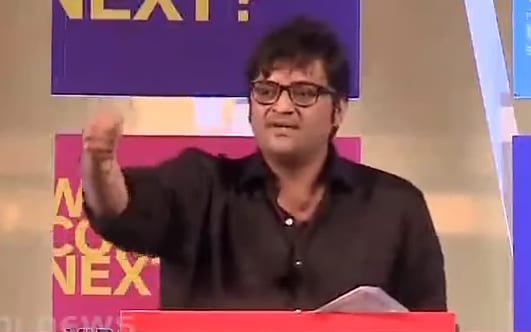 Mumbai: The Bombay High Court on Friday kept for further hearing on Saturday a habeas corpus plea by Republic TV Managing Director and Chief Editor Arnab Goswami, challenging his arrest by the Maharashtra Police in an abetment of suicide case and seeking interim bail.

The court will also hear a plea filed by Adnya Naik, daughter of the architect Anvay Naik, who along with his mother Kumud Naik, had committed suicide at their bungalow in Alibaug, Raigad, on May 5, 2018. She has sought a reinvestigation into the case or transferring it to an independent agency.

Since the hearings - in which Goswami's lawyers Harish Salve and Abad Ponda made a strong plea for releasing him on bail - could not be completed, it will continue on Saturday before a division bench of Justice S.S. Shinde and Justice M.S. Karnik.

This will be a rare hearing by the Bombay HC on a weekly holiday as normally courts remain closed during weekends.

During the hearing on Friday, the judges pointed out that the usual practice for seeking bail is to approach the lower courts - either the magistrate court or the sessions court - and approach the high court only if bail is denied there.

Pleading that Goswami's liberty was at stake, Salve said that the Code of Criminal Procedure's Section 439 has given the high court special powers to hear bail pleas.

Goswami was nabbed from his Worli residence in a dramatic operation by the Mumbai Police and Raigad police on November 4 morning and whisked off to Raigad.

Late that night, he was sent to judicial custody for 14 days by Alibaug Court Chief Judicial Magistrate Sunaina Pingle, who observed that the arrest appeared to be illegal.

Two other accused in the same case -- Feroze Shaikh and Nitesh Sarda -- were also sent to judicial custody. They, along with Goswami, had allegedly defaulted on payments which reportedly led to the double suicide of the Naik mother-son duo, and have challenged their arrest.

The police have challenged the Alibaug court orders, while Goswami has challenged the police action and the FIR against him in the double-suicide case, before the Bombay HC.

Based on a complaint by Akshata Naik, the widow of late architect, the Alibaug police had registered the FIR in 2018 after her husband (Anvay) and mother-in-law (Kumud Naik) committed suicide on May 5 that year.

In a suicide note, Anvay Naik had named three persons - Republic TV's Goswami for defaulting on a payment of Rs 83 lakh, Shaikh of IcastX/Skimedia of Rs 4 crore and Sarda of Smartworks for not paying Rs 55 lakh.