Nirbhaya case: HC order on plea against stay on death warrants on Wednesday

Earlier in the day, the counsel for Nirbhaya's parents made an urgent mentioning before Justice Kait, seeking early disposal of Nirbhaya matter. 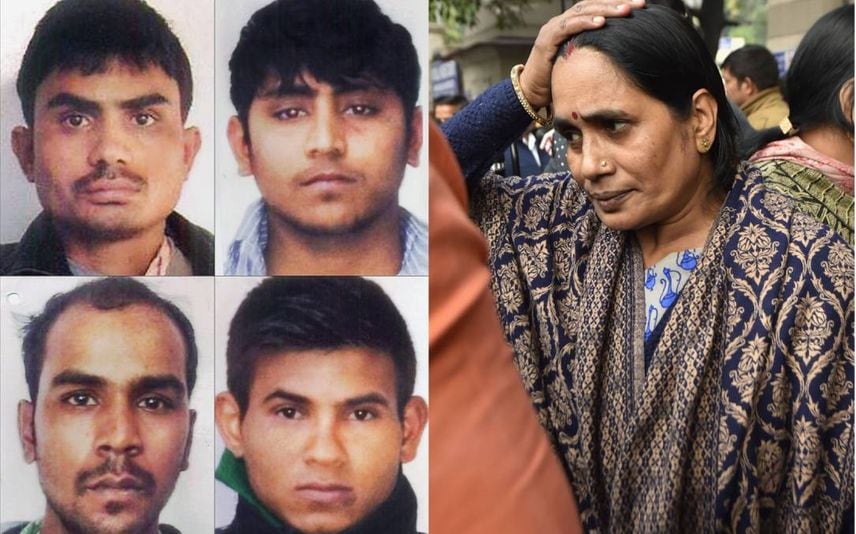 New Delhi: The Delhi High Court will, on Wednesday, pronounce verdict over the plea filed by the Centre challenging a sessopms order which stayed the death warrants issued against the four convicts in the Nirbhaya gang rape and murder case.

Justice Suresh Kumar Kait had reserved the order on Sunday after holding special hearing over the weekend. Earlier in the day, the counsel for Nirbhaya's parents made an urgent mentioning before Justice Kait, seeking early disposal of Nirbhaya matter.

"Justice Kait responded that he held a hearing on Saturday and Sunday which shows that the court understands the urgency of the matter and it also assured that he will pass the order at the earliest," said Jitendra Jha, counsel for parents of Nirbhaya.

The ASJ, in his order, had said: "Without commenting upon the dilatory tactics adopted by the convicts, it would suffice to state that seeking redressal of one's grievances through procedure established by law was the hallmark of any civilized society. The courts of this country cannot afford to adversely discriminate any convict, including death row convicts in pursuit of his legal remedies, by turning a Nelson's eye towards him."

The Solicitor General, while arguing the matter before the high court, contended that the lower court order provides a "perverse and misleading interpretation" of Rule 836 of the Delhi Prison Rules.

"This error goes to the root of the issue. It deserves to be stayed. Every convict is enjoying defeating the judicial system in the country. Convicts are exploiting the process of law," Mehta said.

"There is a deliberate, well calculated well thought to design to frustrate the process of law...

He also submitted before the court that the four convicts can be hanged separately.

"The execution should be one by one. The rule only says if application of one is pending then execution of all has to be postponed, but what does 'application' mean?? It means an application pending before a court. A mercy plea is not an application," Mehta said.

Opposing the submissions of the Centre, senior advocate Rebecca John argued that Central government has no locus standi to challenge the stay imposed on convict's hanging as it was not a party to the matter in the trial court and has merely superimposed itself in it.

"From 2018 to January 2020, the Union of India was never a party to the case. It is my submission that it has superimposed itself in this matter. What is their locus? We do not know," she submitted.

On the demand of the piece-meal execution of those convicts who have exhausted their legal remedies, John said: "One common order was passed for all the convicts. The question is can execution take place one by one? When sentencing is common, order is common, then how can this happen?"

She said that her client is entitled to avail all the remedies under the shadow of Article 21 of the Constitution. Article 21 reads as: "No person shall be deprived of his life or personal liberty except according to a procedure established by law."

The 23-year-old woman was gangraped and tortured on December 16, 2012, which led to her death. All the six accused were arrested and charged with sexual assault and murder. One of the accused was a minor and appeared before a juvenile justice court, while another accused committed suicide in Tihar Jail.

Four of the convicts were sentenced to death by a trial court in September 2013, and the verdict confirmed by the Delhi High Court in March 2014 and upheld by the Supreme Court in May 2017, which also dismissed their review petition in July 2018.