"The entire system may collapse. There are several other industries like printing, paper boards, among others, dependent on the firecracker industry employing lakhs of people," Tamil Nadu Fireworks and Amorces Manufacturers Association (TANFAMA) Secretary S. Balaji Pavanasim added. 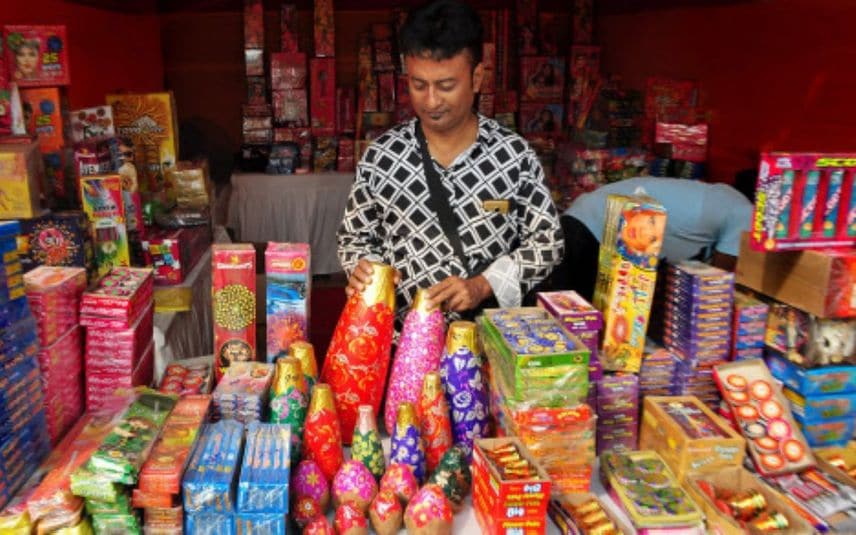 Chennai: The National Green Tribunal (NGT) on Monday banned the sale and use of firecrackers across the country during this Diwali which has shaken the fireworks industry, said a senior official of the Tamil Nadu Fireworks and Amorces Manufacturers Association (TANFAMA).

The NGT in its latest order banned firecrackers during Diwali nationwide where the average ambient air quality from November 9-10 till November 30-December 1 midnight falls under the 'poor' and 'worse' category.

The Tribunal passed the orders based on the 'Precautionary' principle. The industry officials said the issue will be discussed to decide the future course of action.

"The NGT order will impact our industry for next two seasons and only from the third year onwards normalisation would return provided no other adverse orders are passed against the industry," S. Balaji Pavanasim, TANFAMA Secretary and CEO Anil Fireworks, told IANS.

"The entire system may collapse. There are several other industries like printing, paper boards, among others, dependent on the firecracker industry employing lakhs of people," he added.

According to him, the NCR, Punjab, Rajasthan and other north Indian states are the major firecracker markets accounting for not less than 40 per cent of the industry's sales. "People in these regions celebrate Diwali in a grand manner," he said.

Unlike the automobile pollution, he added, the firecracker emissions are not dangerous and soon disperse in the air.

In their submission to the NGT, the TANFAMA said during the 'pooja' of the Ayodhya temple construction in the corona pandemic the whole of Uttar Pradesh celebrated the ocassion with fireworks.

"There was no spike in Covid cases by bursting of firecrackers. In Tamil Nadu's Sivakasi there are more than 1,200 firework factories which employ nearly more than eight lakh people directly or indirectly. The factories check quality of fireworks daily by bursting them," TANFAMA added.

"Though fireworks are daily burst there were only 15 fresh Covid-19 cases on November 5 in the entire district. Nowhere in the world has any country banned fireworks during the Covid pandemic while celebrating their festivals," the association said.

The industry needs to look at other occasions such as Pongal/harvest festival to promote firecracker use than being dependent on Diwali, Pavanasim added.

"Normally after Diwali, the wedding season starts where novelty items are sold. During New Year and Holi firecrackers are sold but this time these two ocassions may not be celebrated as entusiastically due to Covid-19," A. P. Selvarajan, Director, Sri Kaliswari Fireworks, told IANS.

He accepts that the industry should promote other occasions to use firecrackers than being Diwali-dependent.

"Earlier gold jewellers used to promote sales only for a single day during the Akshay Tritya. But now the promotion extends to five days. Similarly we have to look at such options," Selvarajan said.

According to Selvarajan, after Diwali there may not be any firecracker production this time and if there is rain then workers could take up agriculture.

"The emissions from air conditioners have created a hole in the ozone layer but nobody is bothered. Similarly throughout the year there is pollution from automobiles, power plants, construction industry. Compared to these pollution-prone sectors, the emissions from firecrackers will only be 0.1 per cent," former TANFAMA President T. Asaithambi told IANS.

All industry players have a unanimous view that there has been a consistent attack on the industry for a long time on one pretext or the other.

Sivakasi in Virudhunagar district of Tamil Nadu accounts for nearly 90 per cent of the country's firecracker production and has 1,070 firecracker units in and around the city.

The fireworks industry has been targeted in the past as well. First, the manufacturers were targeted for employing child labour followed by accusations related to noise pollution.

"Next time there may be claims that light emitted by firecrackers is injurious to human eye," said an industry player.

"The automobile industry was given enough time shifting to the BS-VI emission norms. But the fireworks industry was not given ample time to change," a manufacturer added.

Asaithami said the government should lay down the emission/smoke norms so that the industry comes out with a solution.

"The proper way to bring down emissions is to fix maximum levels. Accordingly, the industry will come out with their products. Without fixing base-level emissions and saying that use of new formulations will reduce emissions by 30 per cent is not scientific," Rajendra Raja, Vice-President, Indian Fireworks Manufacturers' Association, told IANS.

Air quality deteriorates in many parts in north and central India

Diwali: Only green crackers allowed for 2 hours from 8 pm to 10 pm