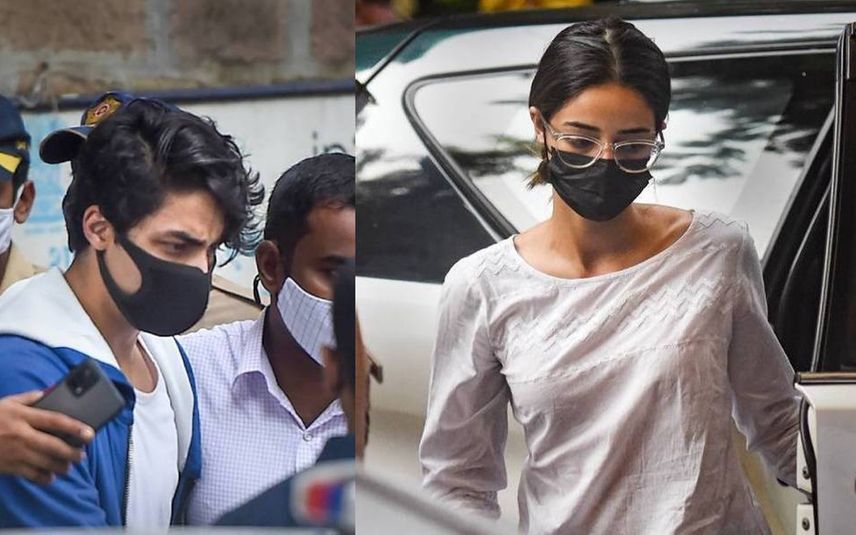 Mumbai: A special NDPS court here on Thursday extended the judicial custody of Aryan Khan, son of Bollywood superstar Shah Rukh Khan, and seven others till October 30 in connection with the case of seizure of banned drugs from a cruise ship off the Mumbai coast earlier this month.

The previous day, besides Aryan Khan, lodged in the Arthur Road jail in central Mumbai, the NDPS court had rejected the bail pleas of his friend Arbaaz Merchant (26) and fashion model Munmun Dhamecha (28). While denying bail to the trio, the special court had noted that the WhatsApp chats of Aryan Khan prima facie revealed he was indulging in "illicit drug activities on a regular basis" and that he was in touch with drug peddlers.

The court also held that Aryan Khan knew his friend and co-accused Arbaaz Merchant was in possession of drugs and hence this amounts to “conscious possession” even though the NCB (Narcotics Control Bureau) had made no recovery of drugs from him. Aryan Khan, Merchant and Dhamecha have moved the Bombay High court for bail and their pleas will be heard on October 26. Meanwhile, the special court on Thursday heard the arguments on bail pleas of three other accused- Achit Kumar, the alleged drug supplier to Aryan Khan, Manish Rajgaria and Avin Sahu. Advocate Taraq Sayed, appearing for Rajgaria, submitted that his client was arrested right after the cruise ship came back from Goa in connection with alleged recovery of 2.4 grams of ganja, "a nano-small quantity".

However, he argued that 'panchnama' doesn't mention from where the contraband was allegedly recovered. Citing the last year's drugs case related to actor Rhea Chakraborty, Sayed said even in that matter 33 people were arrested, but not all were connected. He said there can be a connection between people, but the NCB should show their link with drugs. Sahu's lawyer Sana Khan claimed nothing has been recovered from her client.

The only allegation against Sahu was that he consumed ganja twice while on the cruise, she said. While making submissions for Kumar, his lawyer Ashwin Thool claimed that Kumar's custody was illegal as he wasn't produced before a court within 24 hours of detention. Citing an application of Kumar's father, Thool argued he was illegally detained by the NCB from 5.14 pm on October 5. As per the NCB, he was formally arrested on October 6 and produced before the court the next day. He also relied on a TV report where there is a video of him being taken into the NCB office on October 5. Refering to the panchnama, Thool argued it is a "fabricated and concocted document", and cannot be relied upon.

The lawyer argued that Kumar has nothing to do with party on the cruise. On the probe agency's claim that he was part of drug network, Thool argued "They say I am part of a ganja network. Have they got even one person to say that a one paisa was taken or given to me? At least one transaction, no."

The hearing of the bail pleas will continue on October 22. The NCB has arrested as many as 20 people in connection with the case until now. Further investigation into the matter was on. PTI