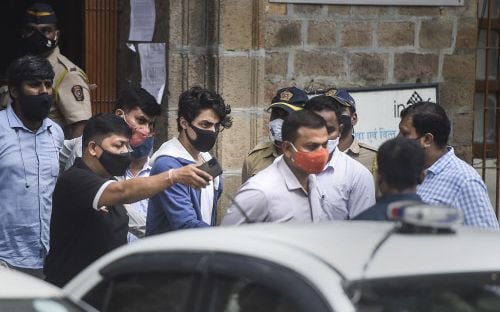 Mumbai: The Narcotics Control Bureau (NCB) has detained a drug peddler during a raid in Santa Cruz on Friday night.

According to the NCB, the drug peddler has alleged links with Arbaaz Merchant and Aryan Khan, accused in the Mumbai cruise party raid case.

Earlier, an NCB team busted an alleged drugs party on the Cordelia Cruise ship which was on its way to Goa at mid-sea on October 2 night.

A total of 18 people, including a Nigerian national, have been arrested in the case related to the seizure of drugs following a raid at a party on a cruise ship off the Mumbai coast.