The state government also decided to set up a High Level Special Investigation Team (SIT) led by an IGP level officer to probe the incident that took place on Saturday evening, according to an official statement. 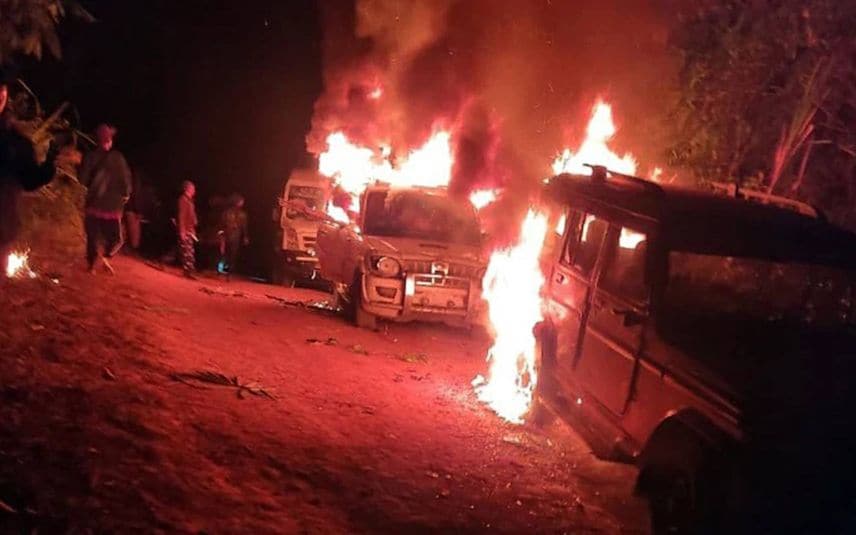 Kohima: The Nagaland government on Sunday announced an ex-gratia of Rs 5 lakh each to the families of the 13 people killed in firing by security forces in Mon district where Chief Minister Neiphiu Rio will make a visit on December 6.

The state government also decided to set up a High Level Special Investigation Team (SIT) led by an IGP level officer to probe the incident that took place on Saturday evening, according to an official statement.

“The state government has condemned the incident in Oting village area of Mon district that resulted in the death of 13 civilians,” Nagaland Chief Secretary J Alam said in the statement.

He said an ex-gratia of Rs 5 lakh will be paid to the next of kin of the 13 deceased while the state government will bear the cost of medical treatment of the injured persons.

Thirteen civilians were killed and 11 others injured by security forces in two consecutive incidents of firing, the first of which was possibly a case of mistaken identity.

He said two state government helicopters were pressed into service for emergency relief operations and four injured persons were airlifted from Mon to Dimapur for further medical treatment.

Deputy Chief Minister Y Patton who was in New Delhi rushed back and went to Mon directly from Guwahati, Alam said.

Chief Minister Neiphiu Rio will be visiting Mon on Monday morning accompanied by his cabinet colleagues and senior government officers to take an on the spot assessment of the situation and pay respect to the deceased, he said.

“The state government once again assures people that no stone will be left unturned to ensure that justice prevails and appropriate actions as per the law of the land are taken,” said Alam.

Meanwhile, The NSCN(IM) which is holding peace talks with the Centre on the Naga political issue, condemned the killing of civilians by security forces and said it is a 'Black day' for the Naga people.

"Such a barbaric act of killing innocent people is against humanity and those responsible for such heinous acts should be brought to justice," it said.

11 civilians gunned down by security forces in Nagaland