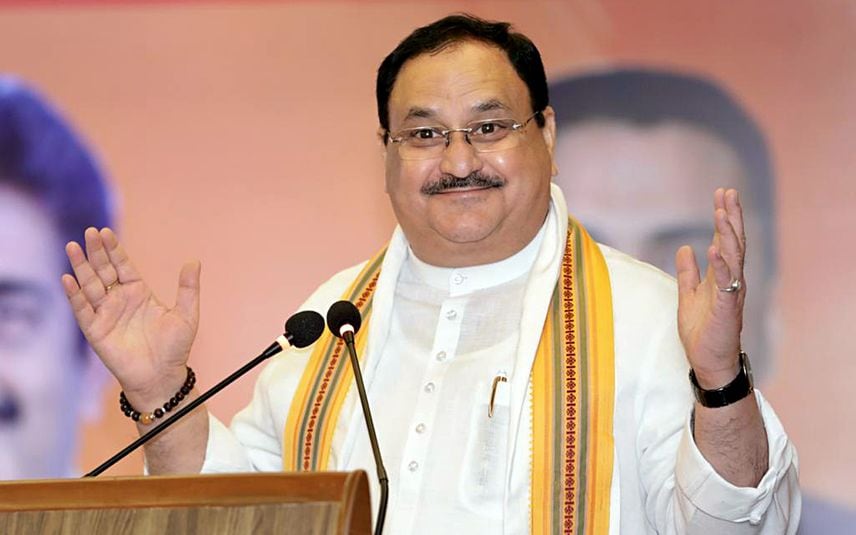 "It is your thinking, we do not think this way," said Nadda on being asked whether there is a political crisis in Karnataka.

Addressing a press conference held in Goa, the BJP chief, who is on a two-day visit to Goa ahead of Assembly elections next year, said Yediyurappa is running Karnataka well.

"He has done good work. He is running Karnataka well. Yediyurappa is handling things on his own," said Nadda on being asked about Yediyurappa's leadership.

For the past several weeks, speculations are doing rounds about Yediyurappa's exit and the change of guard in the state.

Meanwhile, on Thursday, Yediyurappa expressed to abide by the party high command decision and asserted that he will follow the directions of the BJP chief.

"There is an event on July 26 on completion of two years of our government here. After this, I will follow whatever JP Nadda will decide. It is my duty to bring back BJP to power. I urge party workers and seers to cooperate," he said.

"It is not proper to give any statements, agitations or protests in my favour... I will do whatever my party leadership decides," he added.

Yediyurappa strongly denied having tendered his resignation amid speculation about leadership change in Karnataka.

Last month, some BJP MLAs had demanded that Yediyurappa must step down as chief minister. State Tourism Minister CP Yogeeshwara in a statement had said that instead of the Chief Minister, his son has been ruling and controlling the Ministries of Karnataka.

BJP MLC AH Vishwanath also said that 80 per cent of BJP legislators, who met the national general secretary in charge of the State Arun Singh, were of the view that leadership in the state should be changed.Yediyurappa, however, refuting all allegations said that confusion among members would be cleared. He also said, "I will resign the day party high command asks me to quit. I do not speak about the rumours and the speculation created by some of the ministers and legislators."

On Sunday, seers of different mutts held a convention in Bengaluru's Palace Grounds.