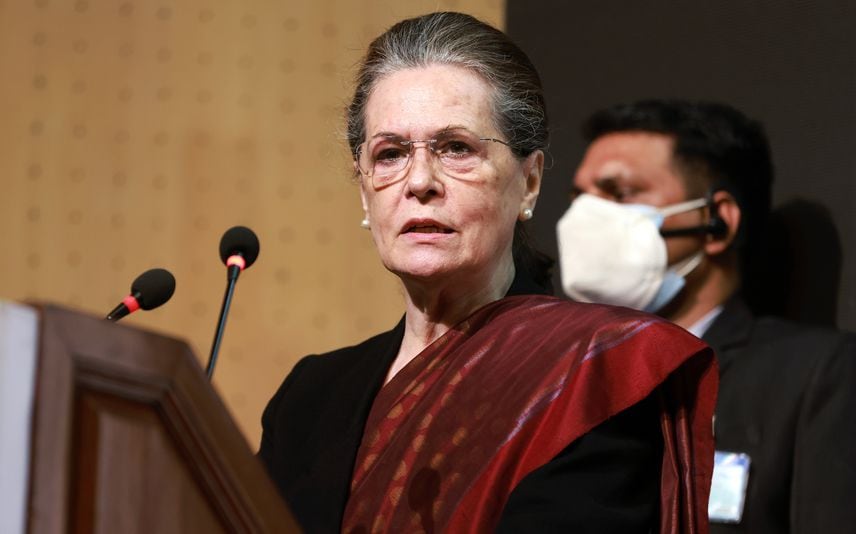 New Delhi: Battered by a string of electoral reverses, the Congress has now been edged out of power in yet another state with the fall of the Maha Vikas Aghadi (MVA) government in Maharashtra, and now governs only Rajasthan and Chhattisgarh on its own, and Jharkhand in alliance with the JMM and the RJD.

The development comes as a jolt to the grand old party which earlier this year suffered serial setbacks in the assembly elections in Uttar Pradesh, Manipur, Uttarakhand, Goa and Punjab. The party lost its government in Punjab and failed to cash in on the perceived anti-incumbency factor against the BJP in Uttarakhand, Goa and Manipur.

The Congress had fared poorly in Kerala, Assam, West Bengal and Puducherry in 2021, managing to win as a junior ally to the DMK in Tamil Nadu, where it did not join the government.

The surprise churn in Maharashtra politics pose a big challenge to the party struggling to keep its flock together amid continual desertion by its senior leaders.

Congress leaders are tight-lipped about the developments in Maharashtra, where it was trying to salvage the situation for the MVA government led by Shiv Sena's Uddhav Thackeray by offering the services of the celebrated legal minds in its ranks.

Senior leaders like Jitin Prasada and Jyotiraditya Scindia, besides former Mahila Congress chief Sushmita Dev and P C Chacko were among those who jumped ship.

That the Maharashtra crisis comes on the heels of the Congress' "Chintan Shivir" in Udaipur, where the party pledged to reconnect with the masses, is significant. Many in the party apprehend the developments in Maharashtra may hasten further flight of leaders looking for greener pastures.

The latent angst among its leaders, which was neither spotted nor addressed in time by the Shiv Sena, apparently led to the rebellion and ultimate collapse of the MVA government. Congress insiders say it was a repeat of similar developments seen in Karnataka, Puducherry and Madhya Pradesh, where rebel party lawmakers brought down its governments.

Several Congress MLAs from Karnataka exited the party in 2019 and repeated the process in Madhya Pradesh in March 2020, when former union minister Jyotiraditya Scindia staged a coup, bringing down the government led by Kamal Nath.

Fresh concerns also stem from the atmosphere generated in Rajasthan in the wake of the grisly murder of a Hindu tailor in Udaipur by two radicalised Muslims. With tempers getting frayed, The Ashok Gehlot government had to impose prohibitory orders across the state. The BJP has often benefited electorally from communal polarisation. Assembly election is due in Rajasthan late next year.

Factionalism in Rajasthan Congress also remains a reality that cannot be wished away.

Party insiders say the Congress will need to carefully watch former Rajasthan deputy CM Sachin Pilot whose relationship with Gehlot remains frosty after the aborted 2020 rebellion he staged against the veteran leader which gave temporary jitters to the party.

Pilot is said to be restive again and seeking a greater role for himself in the state. His supporters insist a change in the government leadership is necessary to neutralise what they call anti-incumbency sentiments against the Gehlot government ahead of the 2023 assembly poll.

Dislodging Gehlot, a leader with considerable mass support, in favour of Pilot is, however, easier said than done.

The BJP, meanwhile, has upped the ante against the state government over the killing of tailor Kanhaiya Lal by assailants with claimed links to a radical islamist outfit in Pakistan. Any public perception of the Congress government going soft on the perpetrators will be at the party's peril.

Congress leaders suspect the Udaipur incident could lead to more polarisation and spell more trouble for the beleaguered party.

The Congress' election chest must also have become lighter with the loss of states like Madhya Pradesh, Punjab, Uttarakhand, Karnataka and now Maharashtra.

Even in resource-rich Jharkhand, the ruling JMM has been causing trouble. It did not spare for the Congress a Rajya Sabha seat recently and has kept the party guessing over extending support to opposition presidential nominee Yashwant Sinha.

With elections due in Rajasthan, Chhattisgarh, Madhya Pradesh and Karnataka later next year, the Congress will need to get back to the drawing board to rethink its course lest it loses even Rajasthan and Chhattisgarh, a potentially calamitous prospect.