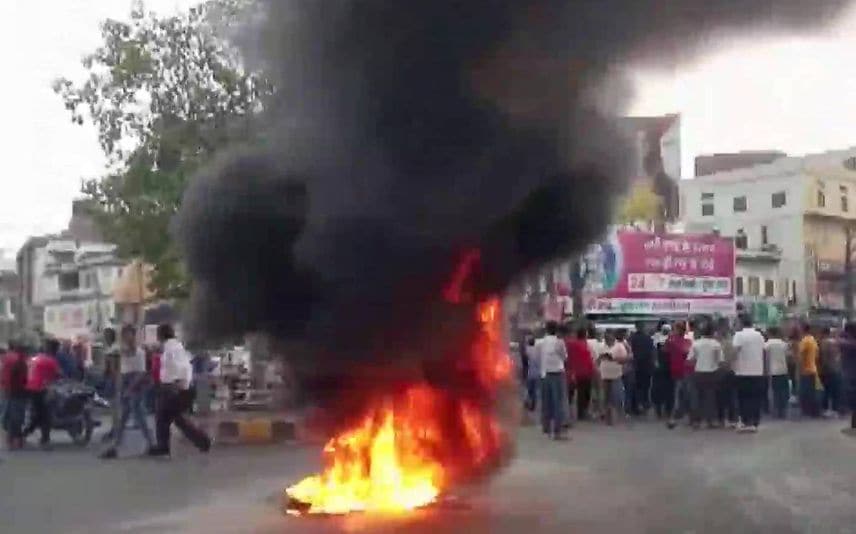 New Delhi: Muslim bodies and leaders across the country condemned the Udaipur murder. Two men slit the throat of the tailor, Kanhaiya Lal, and posted a video on social media where they claimed that they are avenging an insult to Islam. This triggered communal tension in the Rajasthan city with a curfew being imposed.

“No religion promotes violence against humanity. Especially, in the religion of Islam, all the teachings act as sources of peace,” Khan said in a statement.

“In the gruesome video that surfaced on the internet, some non-ethical minds committed a brutal attack on a poor man which is received as a punishable sin in the Islamic world,” he said.

In a media statement, Hazrat Maulana Khalid Saifullah Rahmani, General Secretary of the All India Muslim Personal Law Board (AIMPLB), said, "It is a grave crime to defame and slander any religious personality. The derogatory words spoken by (former) BJP spokesperson, Nupur Sharma against Prophet Muhammad are very painful for the Muslim community. The inaction of the government against this crime is nothing but rubbing salts on our wounds. But in spite of this, nobody can be allowed to take the law into their hands and declaring someone a criminal and then murdering them is a highly condemnable act."

He further stated, "Neither the law nor the Islamic Sharia allow it. The All India Muslim Personal Law Board strongly condemns the incident of brutal killing in Udaipur."

"Whoever carried out this incident cannot be justified in any way, it is against the law of the land and our religion," he said in a statement. “There is a rule of law in our country, no one has the right to take the law in their hands,” he said.

Two men, identified as Riaz Akhtari and Ghouse Mohammad, have been arrested for the murder.

President of the All India Majlis-e-Ittehadul Muslimeen (AIMIM) Asaduddin Owaisi said that there can be no justification for it.

"I condemn the gruesome murder in Udaipur Rajasthan. There can be no justification for it. Our party's consistent stand is to oppose such violence. No one can take the law in their own hands. We demand that the state government to takes the strictest possible action. Rule of law must be upheld," tweeted Owaisi today.

He further wrote, in a series of tweets, "The brutal murder in Udaipur is condemnable. No one can defend such a murder. The Muslim stand of our party is that no one has the right to take the law into their own hands. We have always opposed violence."

"There is a demand from our end to take strict action against the culprits. The rule of law has to be maintained," Owaisi said.

Guwahati: The rebel Shiv Sena MLAs, who have ...