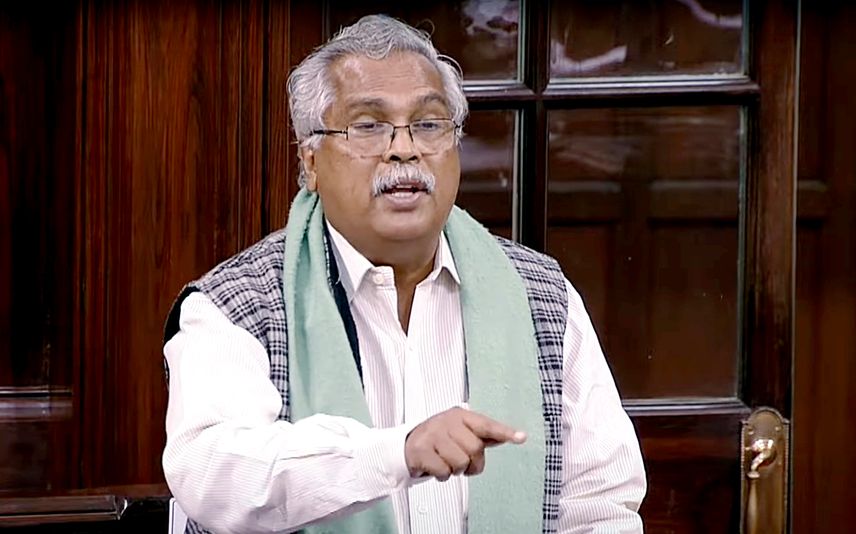 New Delhi: Rajya Sabha member Binoy Viswam on Wednesday expressed concern over the rising number of unemployed people and asked the government to come out with a plan to give them wage support.

Raising the issue during the Zero Hour, the CPI MP said a committee should be formed to look into this matter.

"The gravest issue in the country, I am sure all will agree with me, is the issue of unemployment. There is no need to explain data because no data is correct. Unemployment is on the rise day by day," he said.

"In this 'Amrit Kaal' of India, lakhs of people, or maybe crores of people, are living in a difficult situation," he added.

Stating that the number of pandemic-affected people is growing, Viswam said the government has a duty to think about them.

"I request the government to make a plan to support them, to give them some wage support.... Publish an unemployment calendar. Give them a support base and give them a wage system," he said.

He also made a case for setting up a committee to look into the matter and make recommendations within three to four months.

Senior AIADMK leader M Thambidurai made a demand for resolving the Katchatheevu island issue to safeguard the rights of Tamil Nadu fishermen.

"Since unilaterally ceding Katchatheevu to Sri Lanka under the Indo-Sri Lankan Maritime Agreement in 1974, safety and livelihood of Tamil Nadu fishermen have been at stake," he said.

He said instances of Sri Lankan Navy firing upon fishing boats, injuring and killing fishermen, and seizing their boats and fishing nets have been going on endlessly.

Many times Indian fishermen were brutally beaten and put in Sri Lankan prisons illegally, he said.

"Sri Lankan Navy unilaterally rescinded all bilateral provisions of the Agreement that protected the traditional fishing rights of our fishermen. Therefore, I appeal to the government to rescind the Indo-Sri Lankan Maritime Agreement and take back Katchatheevu which is a part of Indian territory, which was unnecessarily given to Sri Lanka. This is the appropriate time," Thambidurai said.

The government has to interfere and get that back and save the fishermen of Tamil Nadu, he added.

In her mention, Priyanka Chaturvedi of the Shiv Sena demanded amendment in certain provisions of the Hindu Succession Act to address gender inequality.

K Keshava Rao of the TRS demanded reopening of a factory of Cement Corporation of India in Adilabad district of Telangana.