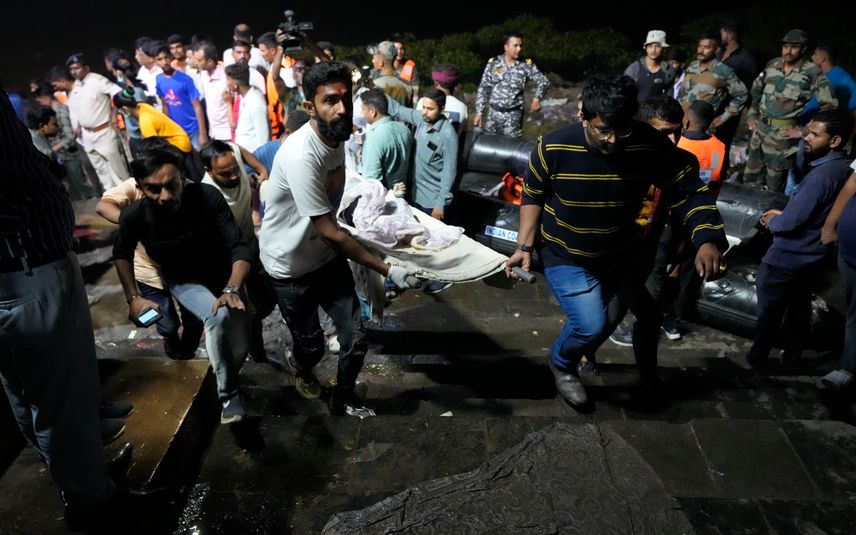 Morbi: Police have registered an FIR on charges of culpable homicide against agencies given the task of maintenance and operation of the bridge in Gujarat's Morbi city which collapsed, killing 134 people, officials said on Monday.

Morbi Municipality's chief officer Sandeepsinh Zala told reporters on Sunday that the city-based clocks and e-bike maker Oreva Group was given the contract for the renovation and operation of the bridge.

Morbi Superintendent of Police (SP) Rahul Tripathi said some people have been called for preliminary questioning after the registration of the FIR on Sunday night.

No one has been arrested or detained so far in connection with the bridge collapse incident, he said.

At least 134 people were killed after the suspension bridge on the Machchhu river in Morbi collapsed on Sunday evening, according to police.

In the First Information Report (FIR) lodged at Morbi 'B' division police station on Sunday night, police have shown "agencies responsible for maintenance and management of the hanging bridge" as the main accused, along with others whose names emerge during the course of investigation.

The FIR, lodged by 'B' division police inspector Prakash Dekivadia, stated that the bridge over the Machchhu river in Morbi town was not in use for nearly eight months as the local administration had roped in a "private agency" for its maintenance.

After completion of the maintenance, the agency opened the bridge for the public on October 26, the FIR said, adding that it collapsed at around 6.30 pm on October 30, killing several people as they fell into the river.

As per the FIR, the incident took place because of the "callous approach" of the agency people.

The FIR further stated that persons concerned or agencies did not pay attention to the quality of maintenance as well as repair work of the bridge.

The bridge was opened for tourists by the agency despite knowing that their "callous approach" in the maintenance and management of the bridge may lead to human deaths, the FIR stated.

"We have lodged an FIR and called some persons for questioning. We are also trying to establish contact with the Oreva company's staff who were on duty at the bridge yesterday," SP Rahul Tripathi said.