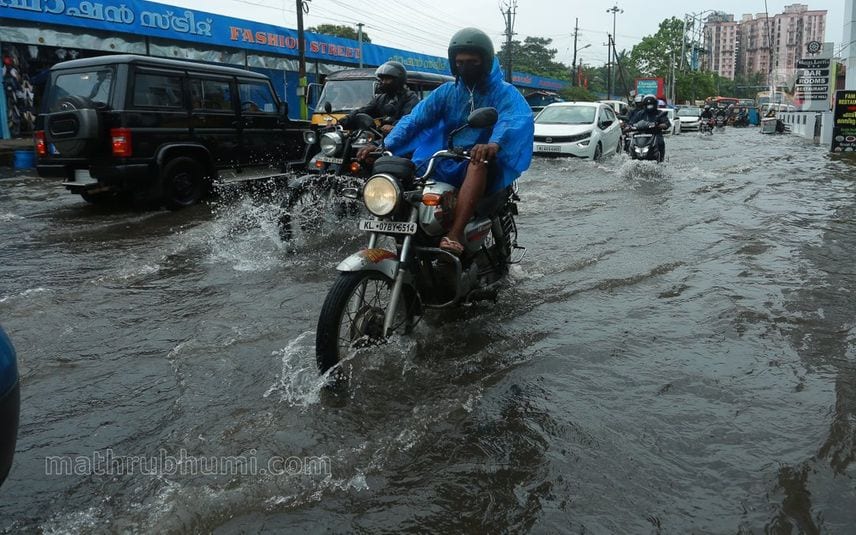 The southwest monsoon usually arrives in the national capital on June 27.

Senior IMD Scientist R K Jenamani said there is a prediction of good rainfall in the city on June 30 and the arrival of the monsoon can be declared on Thursday or Friday.

Conditions are favorable for the advance of the monsoon into Uttarakhand, Himachal Pradesh, Jammu and Kashmir and Uttar Pradesh in the next 24 hours. Easterly winds, moisture incursion and convective activity have increased in this region, he said.

"We expect the conditions to remain favorable for the further advance of the monsoon in the remaining parts of UP, HP, J-K, Uttarakhand, Punjab, Haryana and Delhi in the subsequent 48 hours," the senior meteorologist said.

Pre-monsoon convection may lead to light rainfall in the national capital on Wednesday evening and provide relief from the heat. The IMD has issued an orange alert, warning of moderate rainfall in the city on June 30. The maximum temperature will come down to 33-34 degrees Celsius by July 1, he said.

Last year, the IMD had forecast that the monsoon would arrive in Delhi nearly two weeks before its usual date, June 27. However, it reached the capital only on July 13, making it the most delayed in 19 years.

The monsoon had entered a "break" phase and there was virtually no progress from June 20 to July 8.

Asked about the delay in the arrival of the monsoon in Delhi, the senior scientist said a gap of around five days is considered normal.

"However, we did not see any major weather system developing in the Bay of Bengal (which could have pushed the monsoon forward). This year, it has mainly been a wind-driven monsoon," he said.

According to IMD data, the monsoon covered Delhi 29 times in June and 33 times in July in the last 62 years.

Weather experts have said the monsoon is expected to yield good rainfall in Delhi in the first 10 days.

Delhi has received just 72.5 mm of rainfall since March 1 this year against the normal of 111.9 mm owing to the lack of strong western disturbances.

The city did not record any rainfall in March and saw a minuscule 0.3 mm of precipitation in April against the monthly average of 12.2 mm.

Since June 1, when the monsoon season starts, Delhi has received just 24.5 mm of rainfall against the normal of 64.1 mm. All of it came between June 16 and June 20.

However, a bountiful monsoon is expected to cover the rain deficit in the first week of July and provide respite from the heat, according to Mahesh Palawat, vice-president (climate change and meteorology), Skymet Weather.

A significant increase in humidity levels, easterly winds and good rainfall for at least two consecutive days denote the arrival of the monsoon, Palawat said.

"Last year, the monsoon did not get off to a good start in Delhi. However, we expect good rainfall for the first two to three days this time," Palawat said, adding the first 10 days "seem to be good and on and off rain will continue".

"There could be a dip in rainfall on July 2-3, but a prolonged dry spell is ruled out," he added.

The IMD had declared the onset of the southwest monsoon over Kerala on May 29. After its onset over Kerala, the progress of monsoon has been sluggish.

The northern limit of the southwest monsoon, which is the northernmost limit up to which it has advanced on a given day, passed through Ratlam, Shivpuri, Rewa, and Churk on Tuesday.

Conditions are favourable for further advance of monsoon into the remaining parts of Bihar, some more parts of Uttar Pradesh and some parts of Uttarakhand, Himachal Pradesh and Jammu and Kashmiri during the next 24 hours, the IMD said. PTI