India has reported four cases of monkeypox, including three in Kerala, so far. 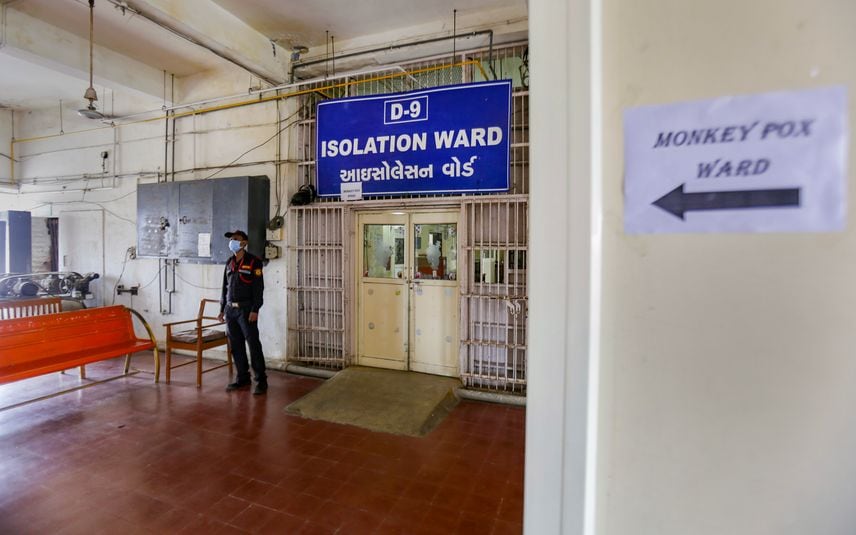 New Delhi: The suspected patient of monkeypox, admitted to the LNJP Hospital here, had travelled abroad about a month ago, sources said on Wednesday.

A resident of Ghaziabad, the man had fever and lesions for the last one week while his reports from the National Institute of Virology, Pune are awaited, they said.

He was admitted to the state-run hospital on Tuesday afternoon and is in the isolation ward.

India has reported four cases of monkeypox, including three in Kerala, so far.

Meanwhile, the west Delhi man, who was the first reported monkeypox case in the capital, is currently recovering in the isolation ward of the Lok Nayak Jai Prakash (LNJP) Hospital.

His condition is stable and will be discharged once his lesions are completely healed, sources said.

According to the patient isolation guidelines issued by the Centre, those infected must stay in a separate room with "separate ventilation".

They must wear a triple-ply mask while the skin lesions should be covered to the best extent possible to minimise the risk of contact with others.

The patients should will remain in isolation until all lesions have healed and the scabs completely fallen off. PTI