The new patient who is presently recovering at a designated isolation centre at the Lok Nayak Hospital had attended a stag party in Manali in Himachal Pradesh recently, official sources told PTI. 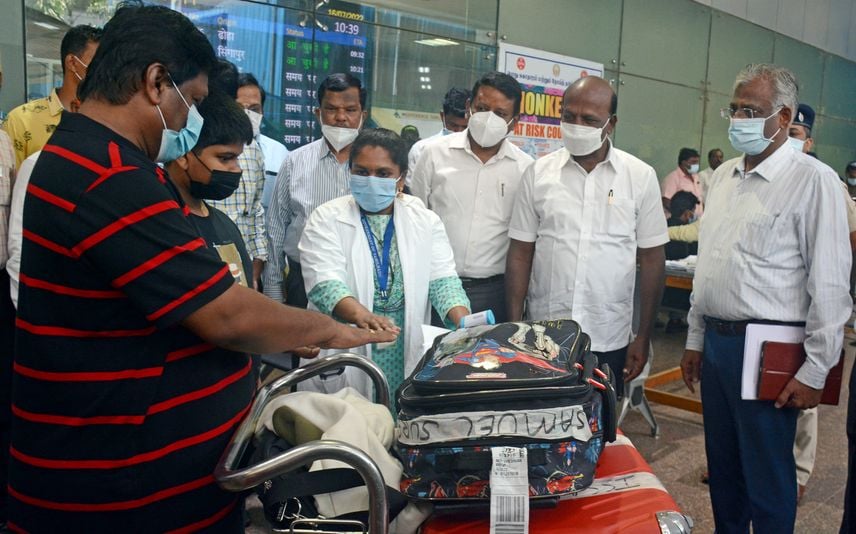 New Delhi:The Centre on Sunday held a high-level review meeting after a 34-year-old man from the national capital with no history of foreign travel tested positive for the monkeypox virus, making it the fourth case of the disease reported in India.

Sources said the meeting was chaired by the Directorate General of Health Sciences (DGHS) and attended by officials from the Health ministry, National Centre for Disease Control (NCDC) and ICMR among others.

The new patient who is presently recovering at a designated isolation centre at the Lok Nayak Hospital had attended a stag party in Manali in Himachal Pradesh recently, official sources told PTI.

A resident of West Delhi, the patient was isolated at the Hospital around three days ago after he showed symptoms of the disease.

His samples were sent to the National Institute of Virology (NIV) Pune on Saturday which came out positive, Union Health Ministry officials said.

The close contacts of the case have been identified and are under quarantine as per the Ministry of Health's guidelines," the health ministry said in a statement.

Three cases of monkeypox had earlier been reported from Kerala.