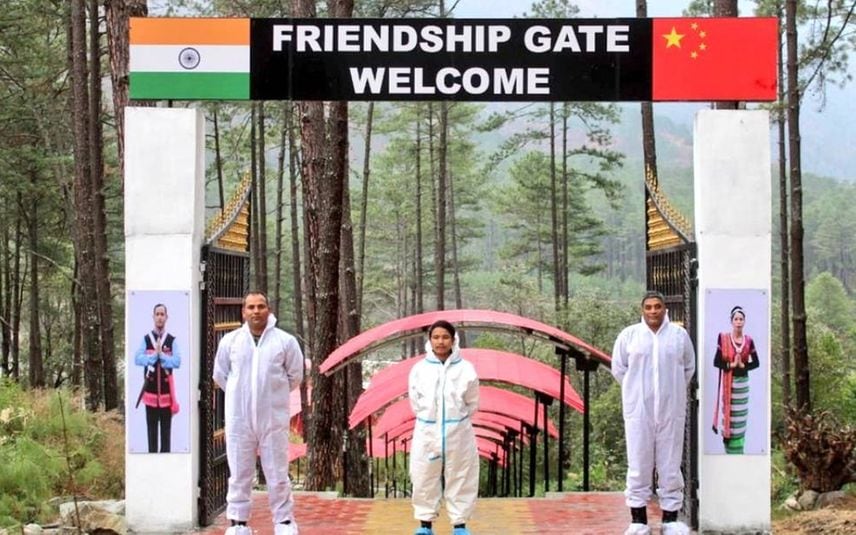 He said the youth was handed over at Wacha-Damai interaction point in Arunachal Pradesh on Thursday.

In a tweet, the minister said due procedures are being followed including the boy's medical examination.

"The Chinese PLA has handed over the young boy from Arunachal Pradesh Miram Taron to Indian Army. Due procedures are being followed including the medical examination," he wrote.

In another tweet later, he thanked the Army for pursuing the case meticulously with PLA and safely securing the youth.

"I thank our proud Indian Army for pursuing the case meticulously with PLA and safely securing our young boy back home," he said.

On Tuesday, the Union minister, who represents the state in Lok Sabha, had said the Chinese side had conveyed to the Indian Army on January 20 that they had found a boy on their side and requested for further details to establish the identity.

"Some people reported that Chinese PLA had taken him into their custody, it said.

Rijiju said that since the individual was missing from an area close to the Line of Actual Control (LAC), the Indian Army immediately approached the Chinese side on January 19, asking for assistance in tracing and return of the individual, in case he had strayed into the Chinese territory or PLA has taken him in their custody.

The Chinese side had given an assurance that they would search for the individual and return him as per established protocol, the minister had said.