Milkha's cremation in Chandigarh at 5pm with state honours 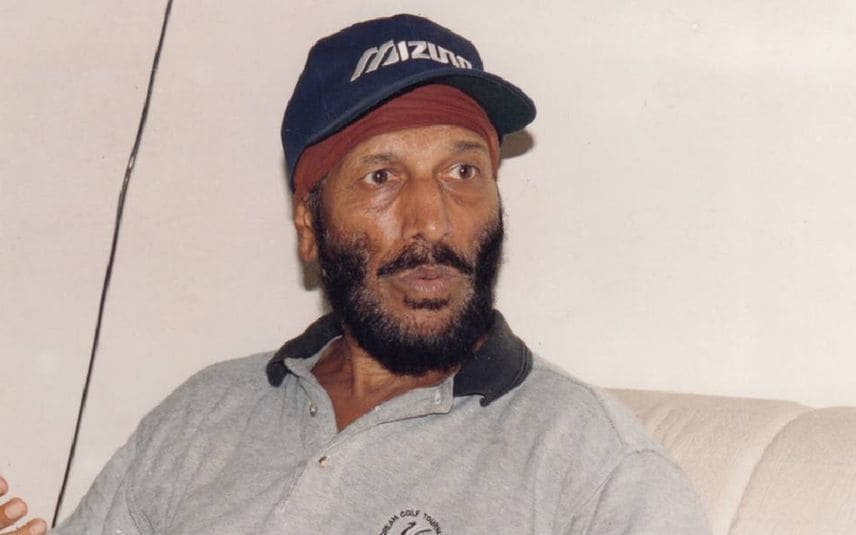 Chandigarh: Tributes have been pouring across the globe as legendary Indian athlete Milkha Singh, 91, whose 400 metres Indian national record stood for 38 years and the 400 metres Asian record for 26 years, died at the age of 91 after a long battle with COVID-19 on Friday night.

According to government officials, his cremation will be held in his hometown Chandigarh at 5 p.m. on Saturday with state honours.

Since he was tested Covid negative later, his mortal remains are currently kept at his residence in in Sector 8. The security has been beefed up security at his residence with prominent personalities expected to visit there to pay obeisance.

Five days back Milkha's wife, Nirmal Kaur, a former India volleyball captain, had lost her battle to the virus at a private hospital in Mohali near here.

"In the passing away of Shri Milkha Singh Ji, we have lost a colossal sportsperson, who captured the nation's imagination and had a special place in the hearts of countless Indians. His inspiring personality endeared himself to millions. Anguished by his passing away," Modi informed in a tweet.

In another tweet, Modi said he had spoken to Milkha Singh just a few days ago.

"Little did I know that it would be our last conversation. Several budding athletes will derive strength from his life journey. My condolences to his family and many admirers all over the world."

Union Home Minister Amit Shah said: "India mourns the sad demise of legendary sprinter Shri Milkha Singh Ji, the Flying Sikh. He has left an indelible mark on world athletics. Nation will always remember him as one of the brightest stars of Indian sports. My deepest condolences to his family and countless followers."

Milkha Singh passed away in a local hospital here at 11.30 p.m. on Friday, said a statement from the Post Graduate Institute of Medical Education & Research (PGIMER), Chandigarh, where he was being treated for Covid-related complications.

Milkha Singh was admitted to the ICU of Covid Hospital of PGIMER on June 3 and was treated for Covid there till June 13 when after putting up a battle with Covid Milkha Singh tested negative.

However, due to post-Covid complications, he was shifted out of Covid Hospital to medical ICU. But despite best of the efforts by the medical team, Milkha Singh could not be retrieved from his critical condition, said Ashok Kumar, official spokesperson for the PGIMER.

Mourning his demise, Punjab Chief Minister Amarinder Singh said it was the end of an era and India and Punjab "are poorer".

His Haryana counterpart Manohar Lal Khattar said that the country has lost a star.

"Upset and saddened to hear of Milkha Singh Ji's demise. It marks the end of an era and India & Punjab are poorer today. My condolences to the bereaved family & millions of fans. The legend of the Flying Sikh will reverberate for generations to come. Rest in peace Sir!" Amarinder Singh said in a tweet.

"Milkha Singh has left us but he will always inspire every Indian to shine for the country," Khattar added.