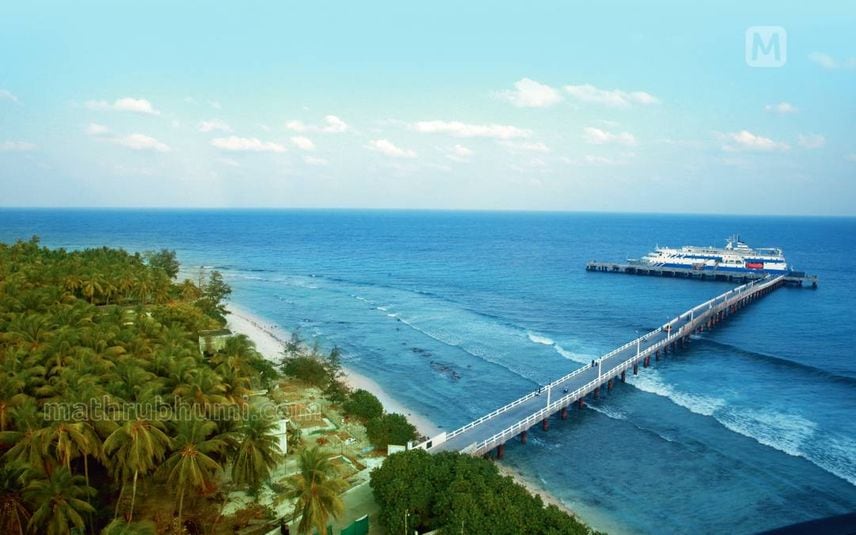 A view from Lakshadweep | Photo: B Muraleekrishnan | Mathrubhumi

New Delhi: The Supreme Court has been informed by the Lakshwadeep administration that the decision was taken to exclude meat from the menu of midday meals in schools in the islands and to include fruits and dry fruits instead.

The Lakshwadeep administration said that decision to omit meat and chicken was taken since regular islanders consume meat in their houses but consumption of fruits and dry fruits is less.

The affidavit stated, "In Lakshadweep meat and chicken are normally a part of regular meals in all homes. On the other hand consumption of fruits and dry fruits among islanders is very less. Thus omitting meat and chicken from the menu of mid-day meal scheme and including fruits and dry fruits is perfectly in tune with the objective of mid-day meal scheme."

Also, during monsoons it is difficult to procure meat and chicken whereas the availability of fish, egg and fruits, dry fruits remains unhindered, added the affidavit.

The response of the Union Territory came on a plea filed against the Lakshadweep administration's decision to remove meat from the midday meal scheme of the schools.

The top court had issued notice to the Centre, Lakshadweep and others on an appeal filed against the September 2021 judgment of the Kerala High Court which dismissed the PIL.

The petitioner Ajmal Ahmed, a resident of Kavaratti, Lakshadweep and a practising lawyer, approached the top court challenging the High Court order.

The PIL challenged the Lakshwadweep administration's decision to exclude chicken and meat from mid-day meals and to close down the dairy farms in the region.

Before the High Court, the plea alleged that removal of meat from the midday meal scheme is contrary to the National Programme of Midday Meals in schools as it goes against the very objective of ensuring the physical and mental health of the children.

The plea had stated that the decision by the district task force to alter the menu was part of the administrator Praful Patel's 'ill-motivated intention to implement his hidden agenda.' In fact, the new menu was implemented without any deliberations and consultations, it added.

The petition had also sought a directive to the administration not to implement any reforms infringing on the ethnic culture, heritage, and food habits of the islanders.

Before dismissing the petition, the High Court had in June 2021 passed an interim order and stayed the administration's decisions. ANI

With the launch of the 'Har Ghar Tiranga' ...