MEA taking steps to bring back about 18,000 Indians from Ukraine: MoS Muraleedharan 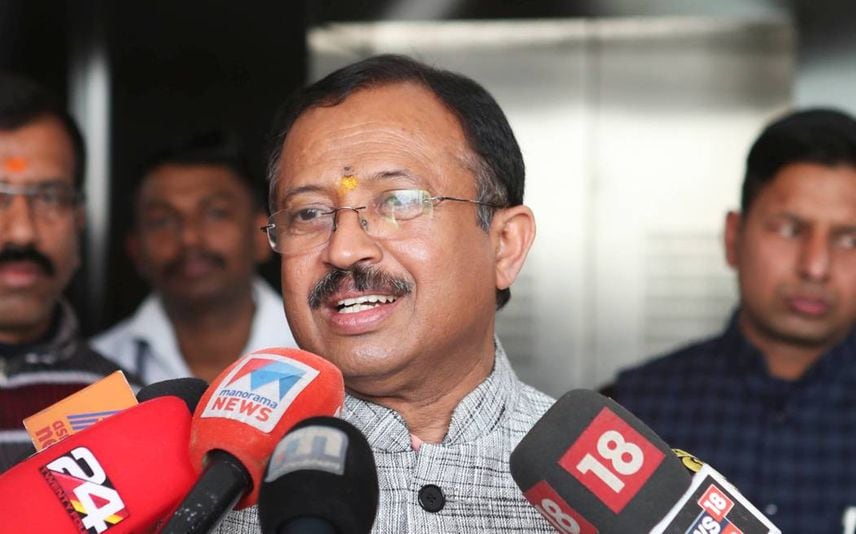 Thiruvananthapuram: Union Minister of State for External Affairs V Muraleedharan on Thursday said that the Ministry of External Affairs (MEA) is taking steps to bring back about 18,000 Indians including students from Ukraine.

Addressing a media in Thrissur, the Union Minister said the Central government's aim is to ensure the safety of all Indians and for that all measures are being planned.

"MEA is taking steps to bring back about 18,000 Indians including students from Ukraine. The central government will ensure the safety of all Indians," said MoS Muraleedharan.

Amid the closure of Ukrainian airspace, the Indian embassy in Kiev has said that alternative arrangements are being made for the evacuation of Indian citizens in Ukraine.

The information was conveyed through an advisory that comes in the backdrop of Russian military operations in the Donbas region of Ukraine.

The embassy said the schedule for special flights has been cancelled due to the closure of Ukrainian airspace.

"At the time when there was a war threat itself, we tried to put more flights in service and bring back those willing to come back. But since the air space in Ukraine has been closed, we have stopped the measures to bring back Indians via flights. We are planning alternative measures to bring back Indians. Ministry of External Affairs has decided to send more diplomats to this area to help the Indian embassy," he added.

He further urged students and parents not to panic as the Central government will be able to ensure the safety of Indians.

"I spoke to Malayali students in Ukraine on phone. Indian students in the southern areas of Ukraine have told us that they are getting food, water and power. Students and parents should not panic. Our government has brought back Indians even from places like Iraq. The central government will be able to ensure the safety of Indians, there is no doubt about that. The control room has been expanded, more telephone numbers have been given," he said.

Meanwhile, leaders from a number of countries including the UK, the US, Canada and the European Union have condemned Russia's military operations in the Donbas region.