"Our party believes in taking everyone along, especially minorities. He is a good prospect," he added. 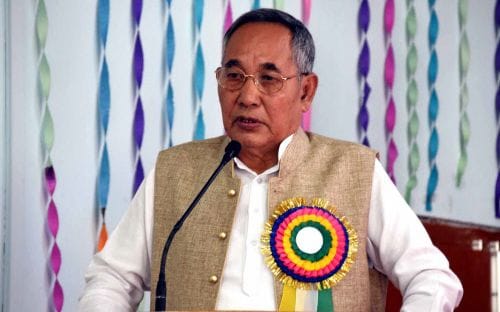 Y Joykumar Singh, the National General Secretary of NPP, said while talking to ANI that Khan joining the NPP is a good development for the party. "Our party believes in taking everyone along, especially minorities. He is a good prospect," he added.

Asked about candidates for the upcoming assembly polls in the state, Singh said that the party will field 40 candidates and 25-26 seats have been finalised.

"Tomorrow, after the meeting of Election Management Committee, we will decide whether to announce candidates in one phases or two phases. All of the candidates have been selected after very serious study, on basis on winnability," he added.

The NPP is an ally of the ruling BJP in Manipur. It has four MLAs in the 60-member Assembly, of which two are ministers.

Elections in Manipur will be held in two phases-- on February 27 and March 6.