Banerjee also alleged that instead of using the spyware for the security of the country, it was used by the central government which she claimed purchased it, for "political" reasons against judges and officials. 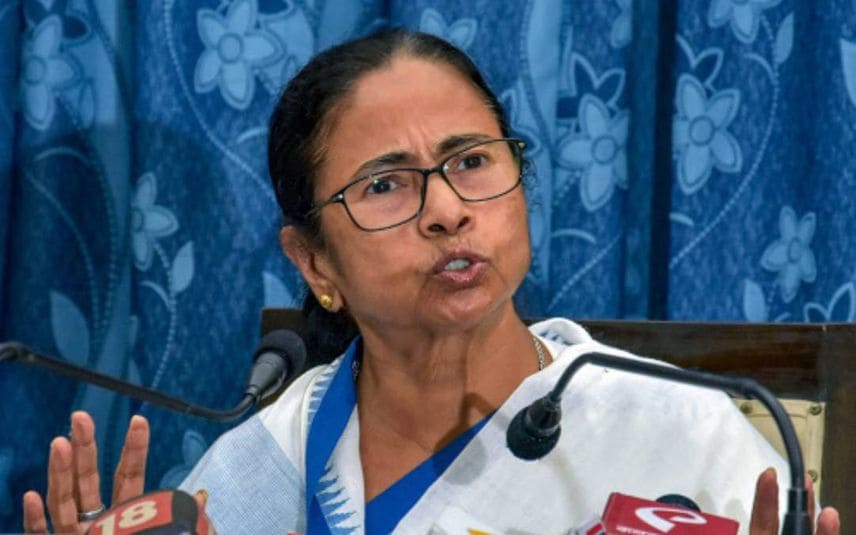 Kolkata/Amaravati: A day after West Bengal Chief Minister Mamata Banerjee revealed that the controversial Pegasus spyware was offered to her government, she provided on Thursday more details, stating the state police was approached at least four to five years back with an offer to sell the controversial Israeli spyware for just Rs 25 crore.

The chief minister said she had turned it down when she came to know of it.

Banerjee also alleged that instead of using the spyware for the security of the country, it was used by the central government which she claimed purchased it, for "political" reasons against judges and officials.

However, the Telugu Desam party denied assertions made by her on Wednesday that the then chief minister of Andhra Pradesh, Chandrababu Naidu, had purchased the spyware during his tenure.

"They (NSO, the company which developed Pegasus) had approached everybody to sell their ware. They had approached our police too, four-five years ago and offered to sell it for Rs 25 crore. I had the information, but I said that we did not require it," Banerjee said at the state secretariat.

"If it was used for the benefit of the country or for security reasons then it was a different matter altogether, but it has been used for political purposes, against judges, officers which is not at all welcomed," she alleged.

The Bengal chief minister had on Wednesday disclosed in the Assembly that her government was offered Pegasus spyware which she had declined as it had the potential to encroach upon people's privacy.

During her disclosure in the Assembly, the fiery leader had also claimed that the Andhra government "had it during Chandrababu (Naidu)'s time".

However, the Telegu Desam party denied the claim and said the Chandrababu Naidu government had made no such purchase.

Reacting to Banerjee's claim that the previous Chandrababu Naidu government purchased the Pegasus Spyware, Lokesh who was the then Minister for Information Technology in his father Chandrababu's Cabinet, said "I don't know whether she has indeed said this, and where and in which context. If she did say this, she is certainly misinformed."

However, he said the software was offered to the state government.

"Yes, Pegasus offered to sell its spyware to the AP government as well but we rejected it," Lokesh said.

Had the government purchased the spyware, there would be a record of it, he pointed out.

An international media consortium had reported last year that over 300 verified Indian mobile phone numbers were on the list of potential targets for surveillance using Pegasus spyware.

A New York Times report earlier this year claiming India bought Pegasus spyware as part of a USD 2 billion defence deal with Israel in 2017 had triggered a major controversy with the Opposition alleging that the government had indulged in illegal snooping that amounted to "treason".

The Supreme Court is currently hearing a batch of pleas on the allegations of misuse of this spyware in India.