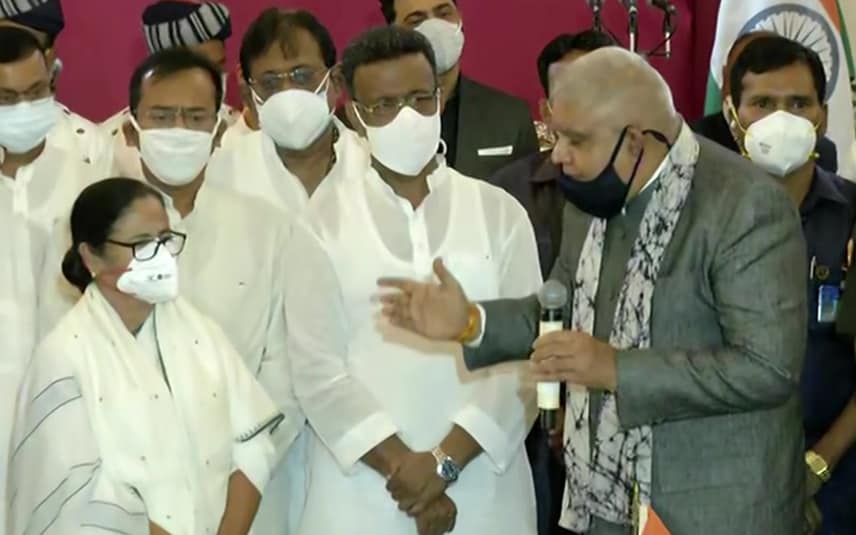 Kolkata: The Mamata Banerjee government ministry will be expanded on Monday morning, with the induction of 24 cabinet ministers, 10 ministers of state with independent charge and another 9 ministers of state, as per the list released on Sunday.

The most surprising name is of perhaps former Finance Minister Amit Mitra, who had not contested this election due to ill-health.

Chief Minister Mamata Banerjee was worried about the key portfolio as Mitra was unable to handle the ministry for the last few days because of his deteriorating health condition. He didn't even present the budget last time.

Banerjee had to strike a balance between the old faces and the newly-elected MLAs and she successfully did it including some promising names in her ministry.

Also among the new ministers are Manas Ranajan Bhunia, who is also a sitting Rajya Sabha member, and set to quit the upper house of Parliament as he was elected to the Assembly.

Banerjee is likely to use Bhunia's medical background to develop the state's roadmap against Covid. Banerjee also included two other medical practitioners like Sashi Panja and Chandrima Bhattacharya in the ministry. Panja has been sworn in as cabinet minister and Bhattacharyay was MoS in the last ministry.

Among the other new faces who were included in the ministry are Mamata loyalist and Pandua MLA Ratna De Nag and MLA from West Midnapore Akhil Giri who was instrumental in destroying the BJP in West Midnapore.