Resolution against extension of BSF's jurisdiction in Bengal assembly next week

Chief Minister Mamata Banerjee has criticised the Centre's move to extend the jurisdiction of the Border Security Force (BSF), alleging that it was an attempt to interfere with the federal structure of the country. 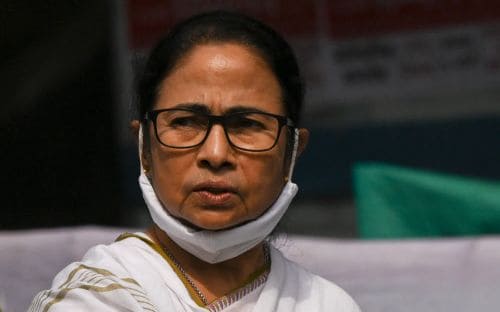 Kolkata: A resolution will be moved in the West Bengal assembly next week, opposing the Centre's decision to extend the BSF's jurisdiction, state Parliamentary Affairs Minister Partha Chatterjee said on Friday.

West Bengal will be the second state after Punjab where such a resolution will be moved in the assembly.

Speaking to reporters at the House, Chatterjee said the resolution will be moved on November 16 and a discussion will be held.

"Under rule 185 of the assembly, we will bring in a resolution next week in the assembly to discuss how enhancing the jurisdiction of the BSF is a direct attack on the federal structure of the country," he said.

The decision regarding the matter was taken at a meeting of the Business Advisory Committee, he added.

The BJP maintained it would oppose the resolution, stating it to be against national interest.

Earlier, TMC chief whip Nirmal Ghosh said the matter will be taken up for discussion on November 17.

Chief Minister Mamata Banerjee has criticised the Centre's move to extend the jurisdiction of the Border Security Force (BSF), alleging that it was an attempt to interfere with the federal structure of the country.

The BJP-led central government had amended the BSF Act to authorise the force to undertake search, seizure and arrest within a larger 50 km stretch, instead of 15 km, from the international border in Punjab, West Bengal and Assam.

The Punjab assembly on Thursday had adopted a resolution against the Centre's decision, calling it an "insult" to the state police and sought its withdrawal.

Meanwhile, the state assembly on Friday passed a resolution, carving out Bally Municipality from the Howrah Municipal Corporation area to help people get better civic amenities.

Bhattacharya said the decision was taken in the interest of the people, so that they do not travel all the way to Howrah for getting their work done.

Sixteen wards of Bally Municipality were merged with 50 wards of Howrah Municipal Corporation in 2015. Following the bifurcation, now the number of wards is likely to be rearranged.

The Howrah Municipal Corporation (Amendment) Bill will be tabled in the assembly on November 16, Ghosh said.

The state cabinet approved the bifurcation in January.

"We want to give better amenities to every citizen, hence this decision was taken. If anyone opposes it, they are doing it for political reasons," Bhattacharya later told reporters, replying to a question on BJP's opposition to the move.

Meanwhile, Harischandrapur MLA Tajmul Hussain raised the issue of a skulk of foxes attacking a village in his constituency in the Malda district, injuring around 40 people.

As Forest Minister Jyotipriyo Mallick was not present in the House, he urged Speaker Biman Bandyopadhyay to draw the minister's attention.

Kandi MLA Apurba Sarkar flagged the issue of delay in the construction of Ranagram bridge in Murshidabad district, stating that it is causing immense hardship to the people.

No BJP MLA was present in the House on Friday. The assembly was adjourned till November 15.