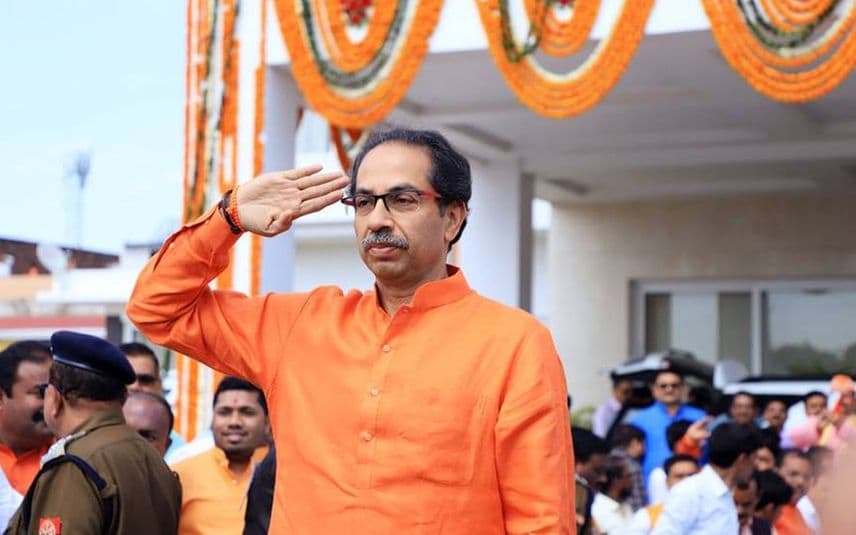 Mumbai: Amid the intensifying political crisis in Maharashtra, Shiv Sena leader Sanjay Raut on Wednesday hinted at the dissolution of the State Legislative Assembly.

"The ongoing political crisis in Maharashtra is heading to the dissolution of Vidhan Sabha," said Raut in a Twitter post.

Back-to-back meetings of Shiv Sena, Congress and NCP are taking place in Mumbai over the rapidly changing political developments in the state.

on the contrary, Maharashtra minister and NCP leader Chhagan Bhujbal ruled out midterm polls in the state.

"Midterm elections? There have been no talks yet. What can I say?,"Maharashtra minister and NCP leader Chhagan Bhujbal said.

The 40 MLAs led by Shinde arrived at a luxury hotel in Guwahati in BJP-ruled Assam on Wednesday. The revolt in the Shiv Sena has given rise to speculations that Shinde along with other MLAs might join the BJP in a bid to topple the Maha Vikas Aghadi (MVA) government.

The MLAs are now staying at Radisson Blu Hotel in the city. "A total of 40 MLAs are present here. We will carry Balasaheb Thackeray's Hindutva," said Shinde after arriving in Guwahati.The Shiv Sena MLAs were received by BJP MLA Sushanta Borgohain and BJP MP Pallab Lochan Das at Guwahati airport.

Earlier today, Raut told reporters, "Talks are underway with MLAs who are with Eknath Shinde, everybody will stay in Shiv Sena. Our party is a fighter, we will struggle consistently, atmost we might lose power but we will continue to fight."

"Eknath Shinde is our very old party member, he is our friend. We have worked together for decades. It is neither easy for him nor for us to leave each other. I had a conversation with him for an hour this morning and the party chief was intimated about it," Raut said.

On the other hand, when Nationalist Congress Party (NCP) chief Sharad Pawar was asked about the crisis in MVA, he termed the turmoil "an internal matter of the Sena". Pawar also said he remains fully committed to the three-party government. He also ruled out any tie-up with the opposition BJP.

The developments came up after suspected cross-voting in Maharashtra Legislative Council (MLC) elections in which the Bharatiya Janata Party (BJP) bagged five seats, in a major blow to the MVA alliance government. NCP and Shiv Sena won two each while Congress was able to clinch one seat out of the total 10 seats in Legislative Council that went to the polls on Monday.

After the MLC elections, Shinde along with some other Shiv Sena MLAs was staying at Le Meridien hotel in Surat. A Shiv Sena delegation comprising Chief Minister Uddhav Thackeray's close aides Milind Narvekar and Ravindra Phatak had also met Shinde and other party legislators in Surat.

Alleging that efforts are being made to topple the MVA government, Shiv Sena MP Sanjay Raut on Tuesday had confirmed that some Shiv Sena MLAs and Eknath Shinde were currently "not reachable". He said that Shiv Sena MLAs were in Surat and they were not being allowed to leave.

Maharashtra BJP chief Chandrakant Patil, however, said that his party would "definitely consider" a proposal if it comes from Sinde to form an alternative government.

However, sources said Shinde has been feeling sidelined since the formation of the MVA government. His son Shrikant Shinde represents the Kalyan Lok Sabha seat.

Shiv Sena's Sanjay Raut has claimed the rebellion has been engineered by the BJP to topple the ruling MVA alliance a claim denied by the BJP.

Maharashtra BJP chief Chandrakant Patil claimed that "technically" the state government is in "minority" as Eknath Shinde and other Shiv Sena MLAs have gone.

He said that the BJP was presently in a "wait and watch" mode and added that there has not been any proposal regarding government formation neither from the BJP nor from Shinde.

There are a total of 288 members in the Maharashtra Legislative Assembly. So the halfway mark is 145 to form the government. With 106 MLAs, BJP is the largest party in the House. Shiv Sena has 55 MLAs, NCP 53, Congress 44 and Bahujan Vikas Aghadi (BVA) has three MLAs in the assembly.

After the death of a Shiv Sena MLA, currently, 287 MLAs are there in the Assembly and 144 MLAs are now needed to form the government.

Before the rebellion, the Shivsena-led MVA government enjoyed the support of 169 MLAs, while the BJP-led Opposition camp had 113 MLAs besides, five other MLAs.

The BJP and the Shiv Sena used to be allies until 2019 when after contesting the Maharashtra Assembly elections together both parted ways over the issue of the chief ministerial's post. Following days of the political impasse and high-voltage drama, the Shiv Sena finally formed the government along with the Congress and the NCP, with Chief Minister Uddhav Thackeray heading the Maha Vikas Aghadi alliance government.