He was elected to the Rajya Sabha seat which fell vacant after the demise of MP Veerendra Kumar. 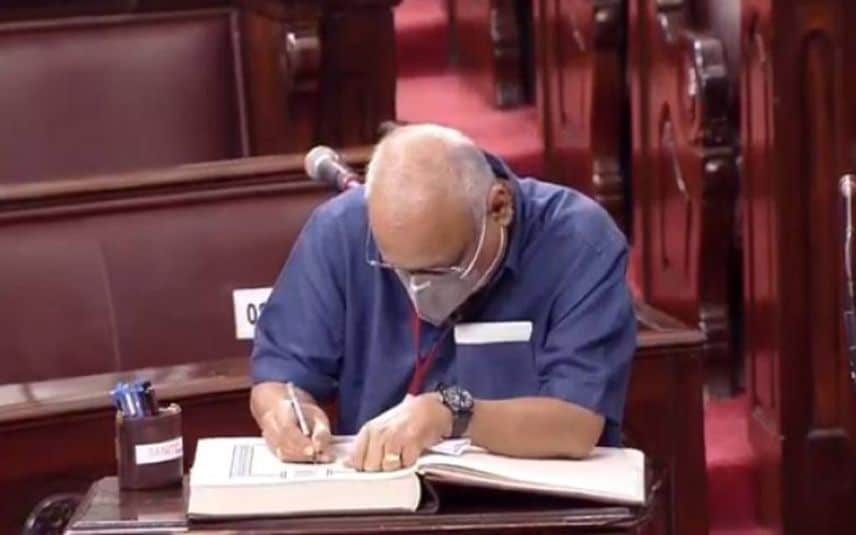 MV Shreyams Kumar signing in the register after swearing in as a Rajya Sabha MP | Photo: ANI

He was elected to the Rajya Sabha seat which fell vacant after the demise of MP Veerendra Kumar. A total of 18 new Rajya Sabha MPs sworn in on Monday.

Some of the elected MPs had sworn in inside the chamber of Rajya Sabha chairman last month. Rest of the MPs took the oath on Monday.

Rajya Sabha will consider a few bills on Monday. Also the election of deputy chairman will be held on Monday.

Pathanamthitta woman abandons 4-month-old baby to elope with lover; gets ...