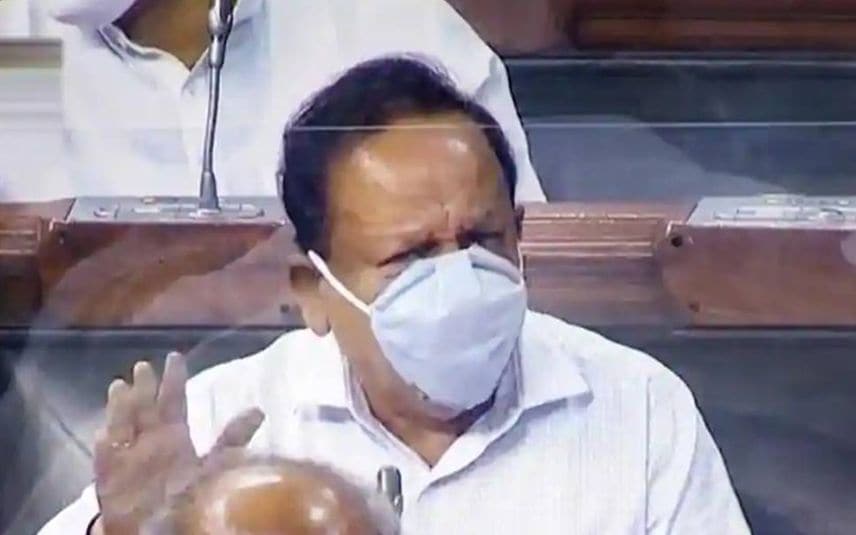 New Delhi: Union Health Minister Harsh Vardhan on Monday told the Lok Sabha that the nationwide lockdown had helped prevent up to 29 lakh coronavirus cases and 78,000 deaths in the country.

"The nationwide lockdown, a bold decision by the government, is testimony to the fact that India collectively stood up to manage Covid-19. It has been estimated that this decision prevented 14-29 lakh cases and 37,000 to 78,000 deaths," Vardhan said.

The four months of the lockdown were used to create additional health infrastructure, strengthen human resources, and produce critical elements like PPE, masks and ventilators in India, he said, adding that India is self-sufficient now in these things.

Allying public fears, he said that 92 per cent of coronavirus cases in India had reported mild symptoms. Oxygen was required to be given to the patients in only 5.8 per cent cases, and critical care in 1.7 per cent cases.