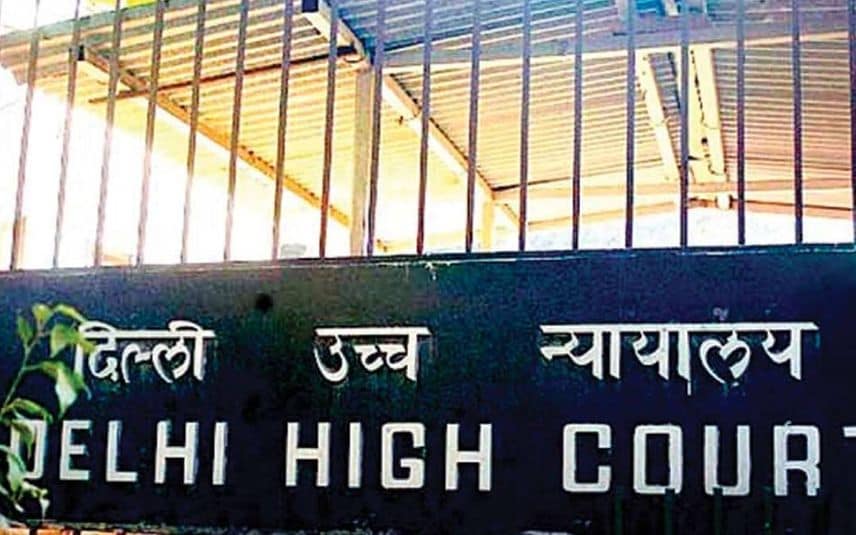 New Delhi: The Centre has opposed a petition in the Delhi High Court seeking live streaming of proceedings on petitions for recognition of same-sex marriages under the special, Hindu and foreign marriage laws and submitted that "there is also a possibility that such live streaming may be edited/morphed and the entire sanctity of the same may be lost."

A fresh affidavit filed by the Centre in the matter also stated that to maintain the solemnity, dignity and seriousness of court proceedings, particularly in matters such as the present one wherein "sharp ideological schisms" may be present it may be advisable that the proceedings not be telecast live.

It further stated that proceedings like the present one are likely to be extremely charged and will involve passionate arguments from both sides. Certain arguments/ comments from either lawyer or from the Bench may likely evoke sharp and unwanted reactions. Such reactions may find vent either on social media or may even transgress from virtual media into the real lives of the people involved.

The present application is more in the nature of a direction for the implementation of the Draft Media Rules by the Delhi High Court, which rules are still under consideration by the court. The application, it appears, is seeking to pre-empt the Court's prerogative to administratively analyse and consider the draft rules before adopting the same and appears to be inviting a judicial ruling on the same, stated the Centre's affidavit.

The related batch matter is listed for hearing on Wednesday before the Division Bench of Justice Satish Chander Sharma and Justice Subramonium Prasad.

Earlier affidavit of the Centre stated that "the majority of the Indian population is not very much affected by the present matter and the proceedings thereof. The attempt of the applicants is to create a dramatic impression of the proceedings before the court and to win sympathy".

Comparing India with live streaming of court proceedings in countries like the USA, UK, Australia, Brazil, China and South Africa is misplaced, and so also, is the International Court of Justice. Indian courts and justice administration are not competing with that of a system in practice in any other country. The sole intention of the applicant is to create a hallucination of public interest and to make the matter sensational, which is only to be discouraged by this court, stated the Centre's affidavit.

On the last date of hearing, appearing for the petitioner, senior advocate Neeraj Kishan Kaul objected to the government of India affidavit and said using words like "sympathy" and "hallucination" are not right. It's clearly demeaning the rights of same-sex couples that were recognized by the Supreme Court.

The predecessor bench of Justice Vipin Sanghi and Justice Navin Chawla also showed displeasure with the words used in the said affidavit and said, if there is anything objectionable in the affidavit, you don't have to file it. Such affidavit from Union ministry, is not done. Later the bench asked the Centre to file a better affidavit while adjourning the matter for August 24, 2022.

The Delhi High Court is presently examining a batch of petitions filed by several same-sex couples, seeking a declaration recognising same-sex marriages under the special, Hindu and foreign marriage laws. One petitioner also stated that it is a matter of national importance and live streaming can affect a larger population.

Earlier the court had issued notice to the Centre. The petitioner stated that live streaming of proceedings is necessary as the matter is concerned with around seven to eight per cent of the total population of the nation.

The Centre had earlier told Delhi High Court that the acceptance of the institution of marriage between two individuals of the same gender is neither recognized nor accepted in any uncodified personal laws or any codified statutory laws.

The Centre in its reply to various petitions seeking recognition of same-sex marriages under the Hindu Marriage Act, the Special Marriage Act and the Foreign Marriage Act, had opposed it saying that pleas are unsustainable, untenable and misplaced.

The Centre in its reply said that "marriage" is essentially a socially recognized union of two individuals which is governed either by uncodified personal laws or codified statutory laws.

One of the petitions also urged the Delhi High Court to issue a declaration to the effect that since Section 5 of the Hindu Marriage Act of 1956 does not distinguish between Homosexual and Heterosexual couples, the right of same-sex couples to marry should be recognized under the said Act.

India held talks with China after its troops stopped Indian villagers in ...