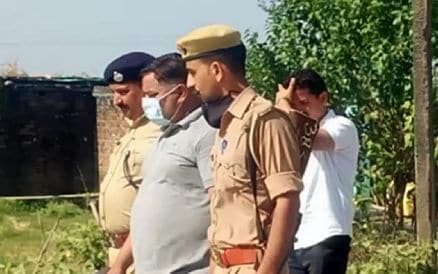 The accused surrendered a week after Supreme Court cancelled his bail and asked him to surrender in a week.

The Court clarified that it has not expressed any opinion either on facts or merits, and said that "all questions of law are left open for the High Court to consider and decide."

Eight people, including four farmers, were killed in the Lakhimpur Kheri violence on October 3, 2021. Mishra allegedly ran over the farmers who were protesting against the Centre's three farm Laws. He was arrested on October 9 and granted bail in February 2022.

Family members of the victims of the Lakhimpur Kheri incident moved the Supreme Court challenging the Allahabad High Court order, which granted bail to Ashish Mishra.

Earlier, the Supreme Court had appointed a committee headed by retired Punjab and Haryana high court judge Rakesh Kumar Jain to monitor the probe into the Lakhimpur Kheri violence. (ANI)