Priyanka Gandhi remains under detention in Sitapur, UP 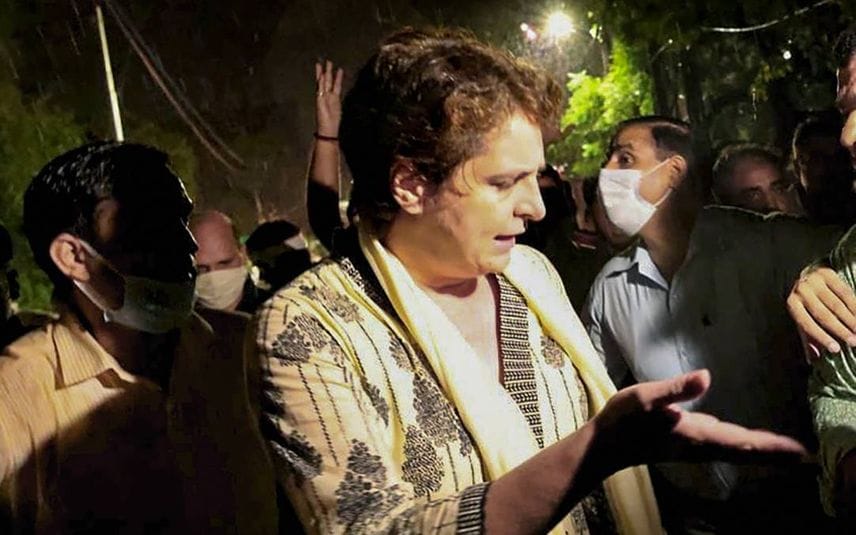 Lucknow: Congress general secretary Priyanka Gandhi Vadra remains in detention at the PAC guest house in Sitapur even though other leaders like Akhilesh Yadav have been released.

According to sources, Priyanka has said that as soon as she is allowed to go, she will go to Lakhimpur Kheri to meet the families of the victims of Sunday's violence.

A senior official said that they were waiting for orders from Lucknow before they allow Priyanka to go.

Another source said that officials were wary of allowing Priyanka to move towards Lakhimpur unless the cremation of all the bodies of the victims is done.

The post mortem of the bodies is presently being done and the cremation is likely to take place on Tuesday.

Congress workers took out a candle march outside the PAC guest house and shouted slogans in support of Priyanka Gandhi. IANS