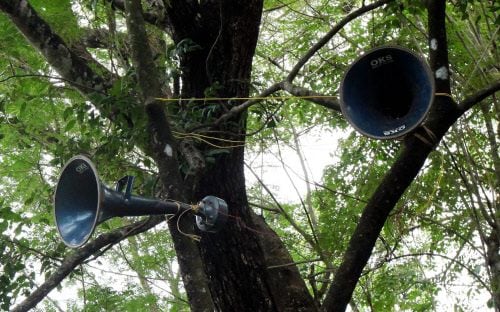 Bengaluru: Karnataka government on Tuesday banned the use of loudspeakers between 10 pm and 6 am amid a raging debate over loudspeakers.

Karnataka government said that a loudspeaker or a public address system shall not be used except after obtaining written permission from the designated authorities.

"A loudspeaker or a public address system shall not be used at night (between 10.00 pm to 6.00 am) except in closed premises for communication within e.g., auditoria, conference rooms, community halls and banquet halls," the circular said. The circular cited the Supreme Court order which has said that the noise level at the boundary of the public place, where a loudspeaker or public address system or any other noise source is being used shall not exceed 10 dB(A) above the ambient noise standards for the area or 75 dB(A) whichever is lower. "The State Government hereby reiterates that the Government order...under the Noise Pollution (Regulation and Control) Rules 2000 are to be strictly followed and enforced for Regulation of Noise Pollution from loudspeakers/public address system and sound-producing instruments," it read.

The loudspeakers row started when the MNS chief on April 12 gave an ultimatum to the Maharashtra government to remove loudspeakers from mosques by May 3, failing which, he warned, MNS workers will play Hanuman Chalisa on loudspeakers.

A case was filed against Raj Thackeray on Tuesday when he appealed to people to play Hanuman Chalisa on loudspeakers in the areas where loudspeakers are used for 'Azaan'. (ANI)