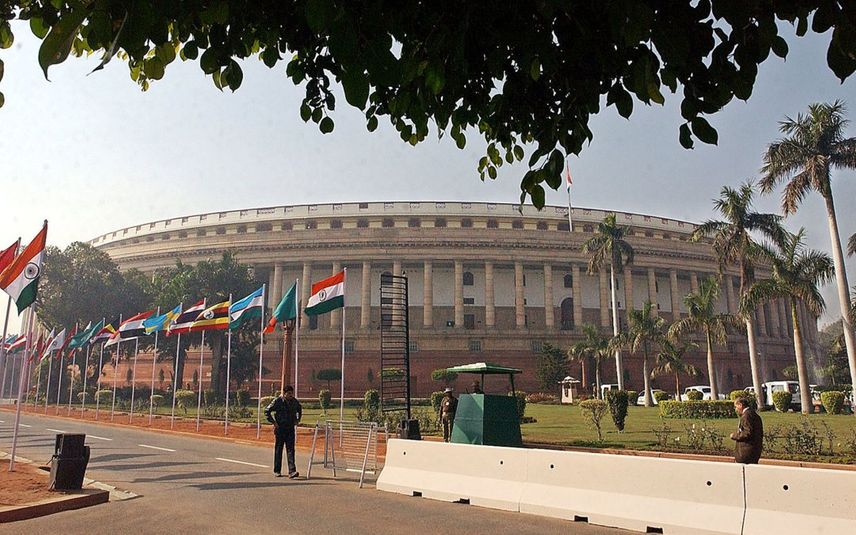 New Delhi: Words like 'jumlajeevi', 'dohra charitra', 'baal buddhi', and 'Snoopgate' have been declared 'unparliamentary' in both the Houses -- Lok Sabha and Rajya Sabha.

A new booklet by the Lok Sabha Secretariat lists out unparliamentary words and expressions. These include 'anarchist', 'Shakuni', 'tanashah', 'taanashahi', 'dictatorial', 'Jaichand', 'Khalistani', 'vinash purush', and 'khoon se kheti' as unparliamentary and would be expunged if used during debates or otherwise in both the Houses.

Words or expressions declared unparliamentary from time to time by the Chair in different Legislative bodies in the country as well as in Commonwealth Parliaments, have been compiled by the Lok Sabha Secretariat for ready reference in the future.

However, the Rajya Sabha Chairman and the Lok Sabha Speaker will have the last word in expunging words and expressions.

Words and expressions that were declared unparliamentary in the Lok Sabha, Rajya Sabha and state legislatures in the country during 2021, besides those disallowed in some of the Commonwealth Parliaments in 2020 have been compiled in the form of booklet.

The booklet says that some of the keywords may not appear unparliamentary unless read in conjunction with the other expressions spoken during the proceedings.

The list of expressions also includes any aspersion made against the Chair in both the Houses in either English or Hindi, which shall be considered as unparliamentary and are expunged from the records of Parliament.

Rajya Sabha Chairman or the Lok Sabha Speaker vets the words spoken in the House during the session and unparliamentary words are expunged by the Chair and do not form part of the Parliament records.

Among some of the English words 'bloodshed', 'bloody', 'betrayed', 'ashamed', 'abused', 'cheated', 'criminal' and 'crocodile tears' and others are listed in the booklet by the Lok Sabha Secretariat as unparliamentary.