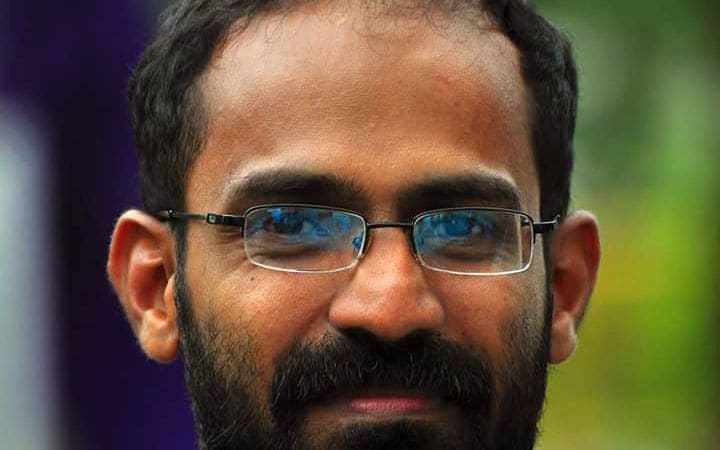 Lucknow: Kerala-based journalist Siddique Kappan, who was recently granted bail by the Supreme Court, will continue to remain in a jail here as a case being probed by the Enforcement Directorate against him is still pending, officials of the prison department said.

A court here on Monday issued the release order of Kappan, who was lodged in jail after his arrest in October 2020 while he was on his way to Hathras in Uttar Pradesh, where a Dalit woman had died after allegedly being raped.

"Kappan will continue to remain in jail as a case being probed by the Enforcement Directorate is still pending," DG Jail PRO Santosh Verma told PTI.

While ordering his release, Additional Sessions Judge (ASJ) Anurodh Mishra had directed Kappan to furnish two sureties of Rs 1 lakh each and a personal bond of the same amount.

The judge also sought an undertaking from the journalist that he would not breach the conditions imposed on him by the apex court.

Kappan along with three others -- Athikur Rehman, Alam and Masood -- was arrested by the police in Mathura for allegedly having links with the Popular Front of India and being a part of conspiracy to instigate violence.

He was booked under various sections of the Indian Penal Code (IPC), the Unlawful Activities (Prevention) Act and the Information Technology (IT) Act.

The Supreme Court on Friday had granted bail to Kappan.

The court had also taken note of the submissions of the Uttar Pradesh government and laid down several conditions for bail, including that he will have to remain in Delhi for the next six weeks after release from the prison and report to Nizamuddin police station in the national capital on Monday every week.

They claimed Kappan was made a “soft target” by the Uttar Pradesh government and hoped he will also be granted bail in another case filed against him under the Prevention of Money Laundering Act.

The Dalit woman had died at a Delhi hospital a fortnight after she was allegedly gang-raped on September 14, 2020. She was cremated in the middle of the night in her village.

Journalist Siddique Kappan to be released next week: UP official

SC grants bail to journalist Siddique Kappan, says ‘every person has right to freedom of speech'