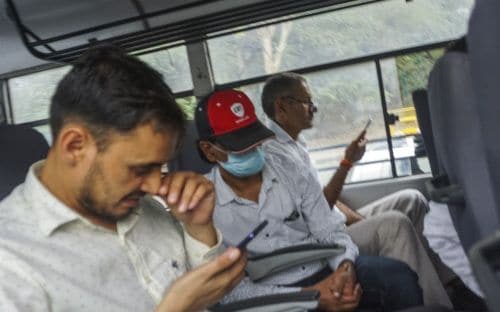 He was presented before the court through video conferencing from Sitapur Jail. Charges under Sections 153B, 505(1)(B), 505(2) have been added to the FIR against him.

Warrant was issued against him in Lakhimpur Kheri's Mohammadi, in a case registered against him in September 2021, after a complaint was filed by a Sudarshan News employee for a fact check tweet. The session court is expected to hear his bail plea on July 13.

Zubair is currently in Sitapur jail.

The Supreme Court last week granted five days' interim bail to the Alt News co-founder in a case registered in Sitapur in Uttar Pradesh for hurting religious sentiments through a tweet.

The interim bail to Zubair was granted for 5 days on the condition that he will not post any fresh tweets on the issue related to the case and not leave the jurisdiction of the Sitapur Magistrate's court.

The apex court also said that Zubair shall not tamper with electronic evidence in Bengaluru or anywhere else.

Zubair had approached the top court challenging the Allahabad High Court's June 10 order where it had refused to quash an FIR registered against him in Sitapur stating that it was premature to interfere when the investigation was at a preliminary stage.