The Kerala state faction of CPI even offered a Rajya Sabha seat from the state to the disgruntled youth leader Kanhaiya Kumar. 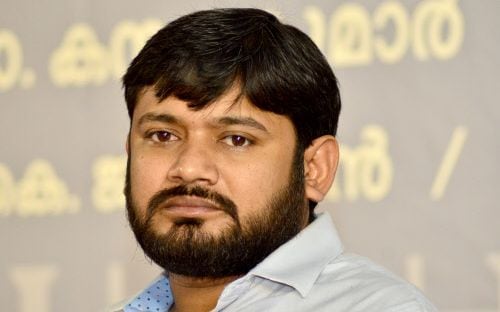 Thiruvananthapuram: The Kerala state faction of CPI even offered a Rajya Sabha seat from the state to the youth leader Kanhaiya Kumar who quit the party and joined Congress.

State secretary Kanam Rajendran and AISF former general secretary P Santhosh Kumar were part of the failed ‘mission’ to pacify the former JNU students' leader. According to CPI leaders in Kerala, Kanhaiya is a figure who helped to attract youth towards the Left.

MP Binoy Viswam spoke with Kanhaiya before general secretary D Raja himself got involved in the conciliatory talks. Santhosh Kumar, who is close to the Bihar leader, also made several attempts.

Kanhaiya never told the CPI leaders from Kerala that he will leave the party. Instead, he denied the reports and added that the issue is with only the Bihar state committee. Binoy himself clarified the news in the party groups.

Even though the state leaders feel the party did not do enough to pacify Kanhaiya, they were quick to denounce him once he announced his joining of Congress party on Tuesday.