The students have stuck to their demand for a complete rollback of the fee hike. 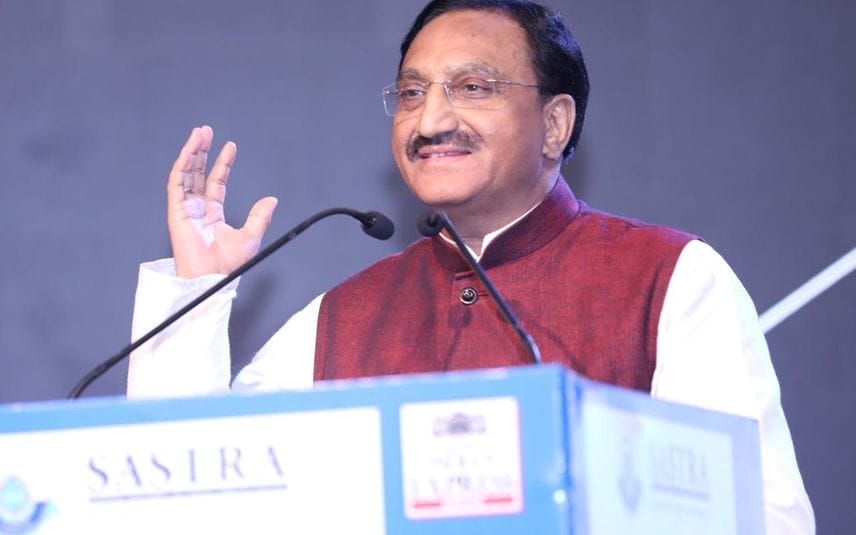 New Delhi: Union HRD Minister Ramesh Pokhriyal Nishank on Monday said the continuation of agitation by JNU students is not justified as their main issue of hostel fee hike has been "sorted".

As decided during consultations with students, he said, the utility and service charge is not being levied on them and will be borne by the University Grants Commission (UGC).

The students have stuck to their demand for a complete rollback of the fee hike.

"The fee-related matter of JNU has been sorted out following several rounds of discussions with representatives of university students and teachers. The Ministry had constituted a High-Powered Committee (HPC) to restore the normal functioning of JNU through dialogue with all stakeholders and to advise the university administration for resolution of contentious issues.

"The students are not being asked to bear the cost of service and utility charges proposed for the winter session, which was their basic demand. Therefore, the JNU fee hike issue stands resolved and continuation of agitation by the students is no longer justified," the Human Resource Development (HRD) ministry statement quoted Nishank as saying.

The minister said universities should not be converted into political arenas and appealed to the students to call off their agitation.

He added that over 5,000 of JNU's nearly 8,500 students have registered for the next semester.

"Various meetings were held by HRD secretary with representatives of students, teachers and JNU administration on December 10-11, 2019, certain mutually agreeable agreements were arrived (at). As agreed in the meetings, the revised hostel room charges will remain applicable with 50 per cent concession for BPL students," Nishank said.

Reacting to the minister's remarks, the Jawaharlal Nehru University Students' Union (JNUSU) said it has "zero faith" in the vice-chancellor.

"The JNU admin has stated that utility & service charges are not being charged during the current registration for 2020 winter semester. Such wording makes it seem that these charges will be added later in the semester or in the next semester, rather than being revoked," the JNUSU tweeted.

There is such a huge trust deficit between the students and the VC that this sort of phrasing is suspicious, it said.

"A clear notification should be put out stating these charges are being dropped in toto. We have zero faith in this VC and this administration," the students' union said.

"Our unequivocal demand has always been complete rollback of the hostel manual which was passed in an illegal IHA meeting, where student representatives were not called, in violation of JNU statutes. Rollback IHA manual. Reconvene IHA meeting," it added.

"We do not feel secure on campus, the atmosphere is not conducive for academic activities. Students who left the campus after violence are scared to return, how can we resume teaching," JNUTA president D K Lobiyal told the ministry officials.

It had ruled out the removal of Kumar amid demands from students and a section of teachers, saying sacking him is not the solution and the government's focus is to address the main issues that have cropped up on campus.