Arumughaswamy Commission of Inquiry concluded that Sasikala, Jayalalithaa's personal Doctor K S Sivakumar, then Health Secretary Radhakrishnan, C.Vijayabaskar who was health Minister then are found to be at fault and an investigation is to be ordered. 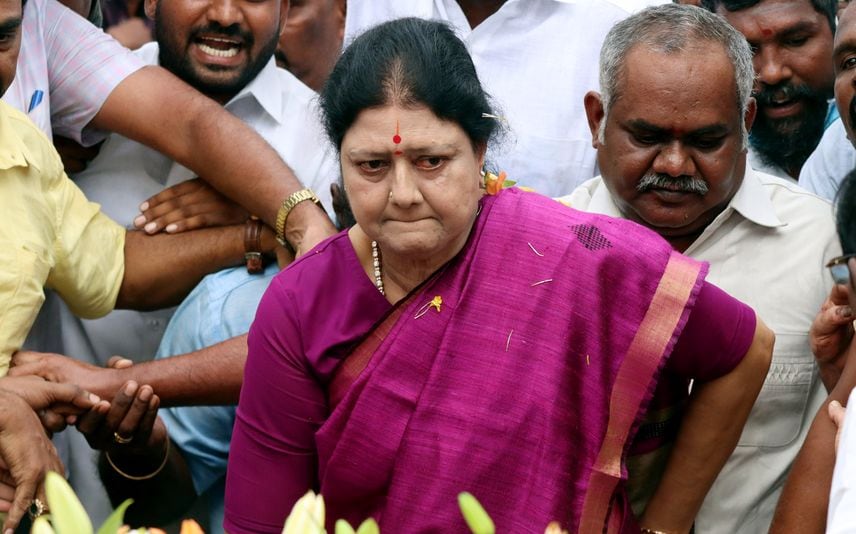 Chennai: Arumughaswamy Commission of Inquiry constituted to probe the death of former Tamil Nadu Chief Minister and AIADMK leader J Jayalalithaa has called for an investigation against Sasikala, among three others.

The report of the Arumugasamy Inquiry Committee, which probed the death of former Tamil Nadu Chief Minister and AIADMK leader J Jayalalithaa, was tabled in the State Assembly on Tuesday.

Arumughaswamy Commission of Inquiry concluded that Sasikala, Jayalalithaa's personal Doctor K S Sivakumar, then Health Secretary Radhakrishnan, C.Vijayabaskar who was health Minister then are found to be at fault and an investigation is to be ordered.

After the demise of Jayalalithaa in December 2016, full-scale politics erupted over the cause of her death and the medical procedures followed during her hospitalisation.

Former Tamil Nadu chief minister O Pannerselvam had requested a probe into her death. This led to the formation of the Arumughaswamy Commission.

The Commission was assigned to enquire into the circumstances, health condition and situation leading to the hospitalisation of the late Chief Minister J Jayalalitha on 22 September 2016 and subsequent treatment provided till her unfortunate demise on 5 December 2016.

Aarumugasami has filed his 608 pages final report in Tamil and 500 pages report in English.

Over 159 witnesses in relation to Jayalalithaa have appeared before Arumughaswamy Commission and have put forward their points of view.

Notably, Arumughaswamy Commission commenced its investigation in November 2017 with many hearings of close aides of Jayalalithaa and doctors who provided treatment, then Tamil Nadu Health Minister Vijayabhakar, then Health Secretary Radhakrishnan, then Finance Minister of Tamil Nadu and AIADMK senior leader O Pannerselvam.

Meanwhile, a report by the All India Institute of Medical Sciences' panel of doctors has asserted that the treatment provided to late Jayalalithaa was as per "correct medical practice and no errors" have been found in the care provided. This clean chit provided relief for Apollo Hospital where Jayalalithaa was admitted.

The panel found all the final diagnosis and timeline of events of Jayalalithaa's health was fully observed and also agreed with Apollo's treatment and diagnosis.

Again, ripples in AIADMK over return of Sasikala to party