Jaishankar to visit Russia on Nov 7, 8; to hold talks with Foreign Minister Lavrov 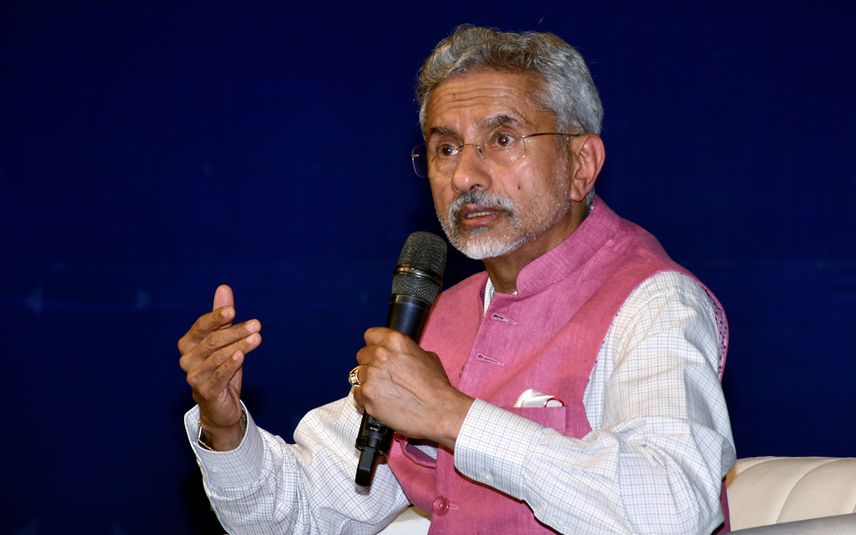 New Delhi: Economic cooperation between India and Russia in various domains is set to figure prominently during External Affairs Minister S Jaishankar's visit to Moscow next week which is taking place amid the conflict in Ukraine.

The Ministry of External Affairs (MEA) said on Thursday that Jaishankar will visit Russia on November 7 and 8 and he will hold talks with Russian Foreign Minister Sergey Lavrov and Deputy Prime and Minister of Trade and Industry Denis Manturov.

"The external affairs minister will meet his counterpart, Sergey Lavrov, the foreign minister of Russia. Discussions are expected to cover the entire range of bilateral issues as well as exchange of views on various regional and international developments," MEA Spokesperson Arindam Bagchi said at a media briefing.

He said issues pertaining to bilateral economic cooperation will figure in Jaishankar-Manturov talks.

"The external affairs minister will also meet Deputy Prime Minister of the Russian Federation and Minister of Trade and Industry Denis Manturov, his counterpart for the India-Russia Inter-Governmental Commission on Trade, Economic, Scientific, Technological and Cultural Cooperation (IRIGC-TEC)," Bagchi said.

"Issues pertaining to bilateral economic cooperation in various domains will be discussed," he said.

To a question on the Ukraine conflict, Bagchi said India has always emphasized on the need to return to diplomacy and dialogue to resolve it, adding, "I am sure that the external affairs minister would certainly be reiterating it."

"I cannot pre-judge what will be the discussions," he said, noting that India is "looking at the economic elements" and also an exchange of views and discussions on "political developments".

Bagchi said the visit will be in continuation of the regular high-level dialogue between the two sides.

Asked about Russia agreeing to rejoin a UN-backed agreement to allow the export of grain from Ukraine via a Black Sea corridor, Bagchi did not give a direct reply but said any effort to address the global food security challenge is a welcome move.

"We have been talking about the impact of the high prices of fertilisers, food and energy affecting countries around the world particularly the developing world and anything that helps that process in increasing the availability and reducing the cost of food etc is a welcome development," he said.

"I do not have a specific comment on the grain deal as such because we are not directly involved in it. But we have seen reports that the resumption has happened," Bagchi added.

In response to another question on some reports about nexus between Pakistan and Ukraine on nuclear proliferation, Bagchi chose not to make specific comment on it but noted that New Delhi expressed concerns over proliferation of nuclear technology from Pakistan in the past.

Of course, if there is any nexus or proliferation, it is not a cause for worry not only for India but for the international community, he said.

Jaishankar had last visited Russia in July last year which was followed by a visit to India by Lavrov in April.

In the last few months, India has increased the import of discounted crude oil from Russia notwithstanding increasing disquiet over it by several Western powers.

Jaishankar and Lavrov have already met four times after the Ukraine conflict began in February.

Both the countries have a mechanism under which India's prime minister and the Russian president hold a summit meeting annually to review the entire gamut of ties.

It is the turn of Prime Minister Modi to travel to Russia for this year's summit. However, there is no clarity yet on the summit this year.

Since the Ukraine conflict began in February, Modi spoke to Putin as well as Ukrainian President Volodymyr Zelenskyy a number of times.

In a phone conversation with Zelenskyy on October 4, Modi said that there can be "no military solution" and that India is ready to contribute to any peace efforts. At a bilateral meeting with Putin in the Uzbek city of Samarkand on September 16, Modi told him that "today's era is not of war".

India has not yet condemned the Russian invasion of Ukraine and it has been maintaining that the crisis must be resolved through diplomacy and dialogue.

There has been intensification of hostilities between Russia and Ukraine with Moscow carrying out retaliatory missile strikes targeting various Ukrainian cities in response to a huge blast in Crimea nearly two weeks back.

Moscow blamed Kyiv for the blast.

In the last few months, India has increased the import of discounted crude oil from Russia notwithstanding increasing disquiet over it by several Western powers.

Russia has been a time-tested partner for India and the country has been a key pillar of New Delhi's foreign policy. PTI

India slams Pak for raking up Kashmir issue in UN