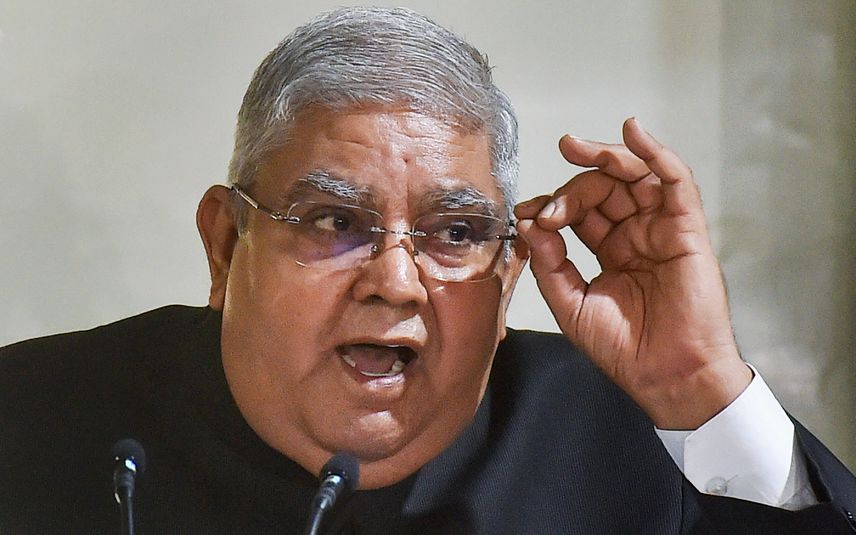 New Delhi: NDA candidate Jagdeep Dhankhar was declared elected as the Vice President of India on Saturday after he bagged 528 votes against his rival candidate Margaret Alva's 182.

The returning officer of the vice presidential election said of the total 780 electors, 725 cast their ballots but 15 votes were found to be invalid.

The turnout was 92.94 per cent, he said, adding that a candidate needed 356 votes to get elected.

Of all the valid votes, Dhankhar secured 74.36 per cent. He has the highest winning margin in the last six vice presidential elections held since 1997.

As many as 55 MPs did not vote in the vice presidential election held from 10 am to 5 pm on Saturday.

The Trinamool Congress, which has a total of 36 MPs, including 23 in Lok Sabha, had abstained from the election. However, two of its MPs had cast their ballots.

The numbers were stacked in favour of Dhankhar as the BJP-led National Democratic Alliance (NDA) enjoys an absolute majority in Lok Sabha and has clear advantage in Rajya Sabha.